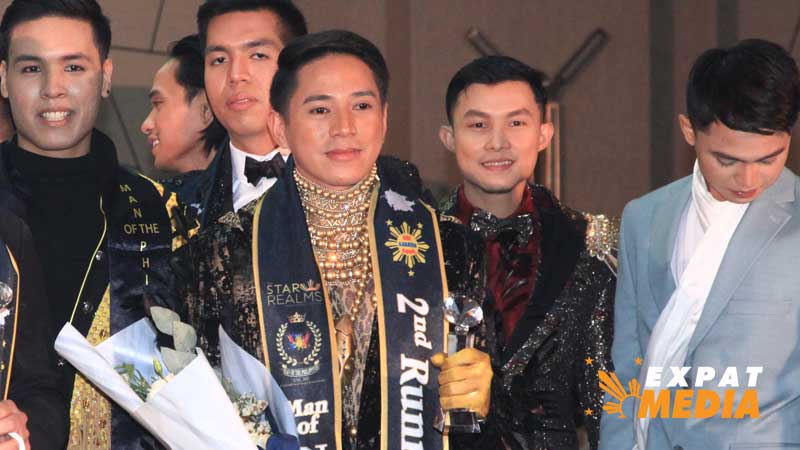 Ian Dela Peña at the Man of the Philippines-UAE on September 10, 2021.

DUBAI – Social media influencer Ian Dela Peña’s first pageant bid in the UAE turned out better than he expected after he bagged three awards in the recent Man of the Philippines-UAE.

Dela Peña won the Man of Nationalism title as second runner-up, and also the Man of Formal Wear award where he owned the stage in a visually exciting Ezra Santos creation. He was cocooned in a handwoven armour that he opened—with arms outstretched—to reveal a stunning formal wear inspired by the Wakanda fashion in Black Panther.

With his stellar work on social media, he was also awarded as Expat Media Ambassador by Expat Media CEO and owner Mars De los Santos. In a previous interview with Expatmedia.net, Dela Peña talked about his life in Dubai a year after he became an online hit with a viral TikTok video showing his resemblance to actor Alden Richards.

At the pageant grand finals, a completely transformed Dela Peña dropped his boy-next-door look with a sexy strut in the swimwear category, and came out strong as a winged warrior in the creative costume category. The 28-year-old Filipino, who also works as a florist in Dubai, said participating in Man of the Philippines-UAE gave him a big confidence boost and got him thinking about where he would like to be in the next stage of his career.

“In my Man of the Philippines journey, I have learned that if you really believe in yourself you will survive what is coming,” Dela Peña told Expatmedia.net on Tuesday (September 14).

Was he glad about the outcome of the male pageant? “Yes. Everyone deserved their title and I can see that all of us did our best,” he said.

This year, 15 finalists competed in the third season of Man of the Philippines-UAE, the first Filipino male pageant of its kind in the UAE.

What’s next for Dela Peña after his foray into pageantry? “I will continue working on my social media to inspire and to help spread awareness to everyone, especially our younger generation,” he told Expatmedia.net. ICA/Expat Media