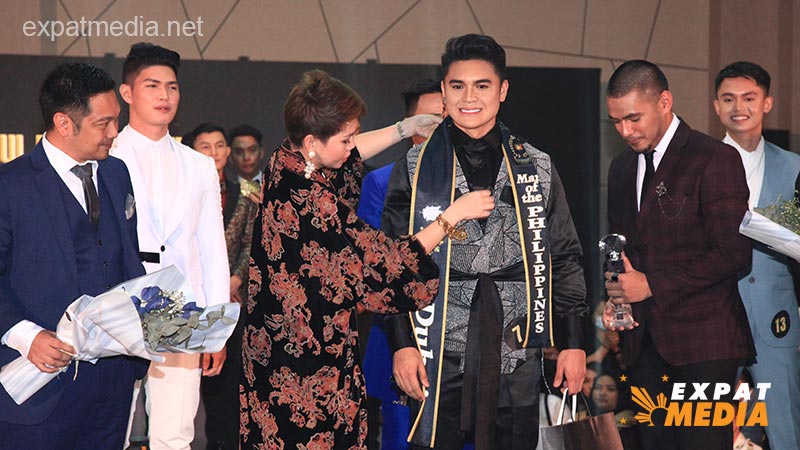 Paul Mark Buendia is named Man of the Philippines-Dubai on September 10, 2021.

DUBAI – Paul Mark Buendia admitted on Sunday (September 12), he was heartbroken after failing to capture the Man of the Philippines-UAE title.

“That night, I tried to hide what I felt, but people could see it in my face. I am just being honest,” he said, describing his raw emotions on pageant night last Friday.

The Filipino said that he even prayed the next day, and cried on his way to work but that he eventually found peace and acceptance. He is still, after all, a title holder.

The grateful Buendia thanked his “brothers” and co-candidates in the pageant, including new Man of the Philippines-UAE Ramzy Hesham Villegas, for their support and friendship.

“Now I am very happy and proud embracing my new achievement as your Man of the Philippines-Dubai 2021,” Buendia said. He also took home the Man of Swimwear award, Man of Introduction Video, Star Realms Production Ambassador and SMDC Ambassador.

Buendia is no stranger to male pageants, having started competing when he was just 20. He took a break from pageantry when he started working abroad in 2015. He works as a sales trainer in Dubai.

“At 29 years old, I can’t imagine I still have it in me to rock pageantry,” he said in Filipino, describing his stint in Man of the Philippines-UAE.

The eloquent and lean muscled Buendia was one of the favourites to win the pageant, his megawatt smile and chiseled jawline adding to his star appeal. On Media Day, editors of Expatmedia.net picked him as Man of the Media.

During the grand finals, he drew massive cheers from the crowd as he channeled a punk American Idol singer Adam Lambert on the runway, while wearing an edgy formal wear paired with a drop earring. He also wowed the audience with his confidently sexy strides in the Calivo Couture swimwear that highlighted his well-toned muscles.

In the creative wear section, Buendia showed his environmentalist side by donning a tribal costume and carrying a massive clay jug with the message “Save Mother Earth”. Buendia, along with Villegas, will represent the UAE when they compete in the Man of the Philippines nationals in Manila in November. PIA/Expat Media