Alden Richards lookalike in Dubai: Where is he now? 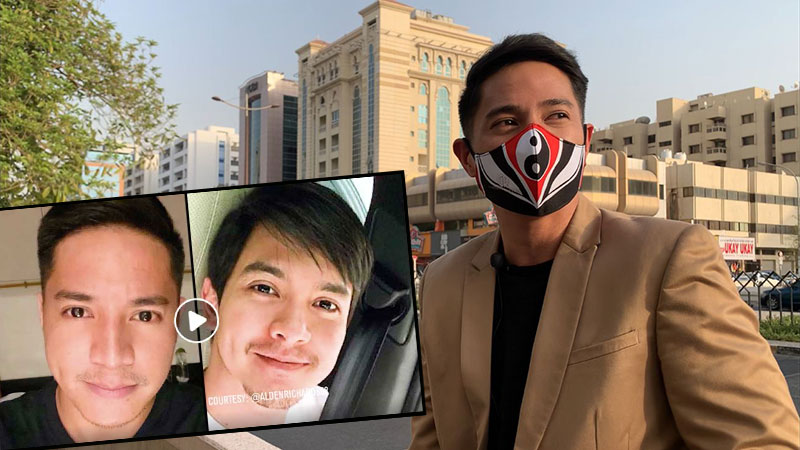 Ian Dela Peña rose to fame as the Alden Richards lookalike in Dubai.

DUBAI – A year after rising to social media fame with his viral TikTok video, Alden Richards lookalike Ian Dela Peña is set on conquering yet another stage in Dubai.

Dela Peña became an overnight sensation after he posted a TikTok video showing his uncanny resemblance to actor and Filipino heartthrob Alden Richards. It garnered millions of views.

Since then, the Filipino who landed in Dubai in 2017 to work as a florist has seen his popularity bloom with a growing following on social media. He still finds it surreal.

“I remember when I visited Fujairah last year and the community there treated me like a big celebrity. I couldn’t believe it,” he recalls.

So where is the Alden Richards lookalike now and what is keeping him busy?

The native from Biliran province in the Philippines says he is loving his new status as social media influencer; working with fashion designers and brands. He has been picked as the face of Philippine-made Kayako watches. He recently visited Chicking in Dubai.

The 28-year-old is also one of 15 finalists in the third season of Man of the Philippines-UAE, the first Filipino male pageant of its kind in the UAE. Read more

“I found family here,” the bedimpled Filipino told Expatmedia.net ahead of the coronation night on September 10 in Dubai. The winner will represent the Filipino community in the UAE and compete with global representatives in the Man of the Philippines national pageant in Manila in November.

Dela Peña said he has trained heavily for the pageant and has even shed a few kilos “because my talent manager said I would look so much better in the swimsuit category”. He hinted that he will slay the stage with his creative costume at the grand finals.

What’s next for him after the pageant? “I want to continue working on my dreams… and open a flower shop,” he shared. Who is the first person to get a bouquet from him?

“I have been a florist for three years but I’ve never given a bouquet to my mother. So if I can create a bouquet for her, I will use roses of different colours to symbolize my mom. I also love roses because they represent love,” he shared.

Is there anything else in his bucket list? “I am looking forward to meet Alden in person and doing TikTok with him,” he said enthusiastically. PIA/Expat Media

ALSO READ: New Man of the Philippines-UAE to be crowned this weekend