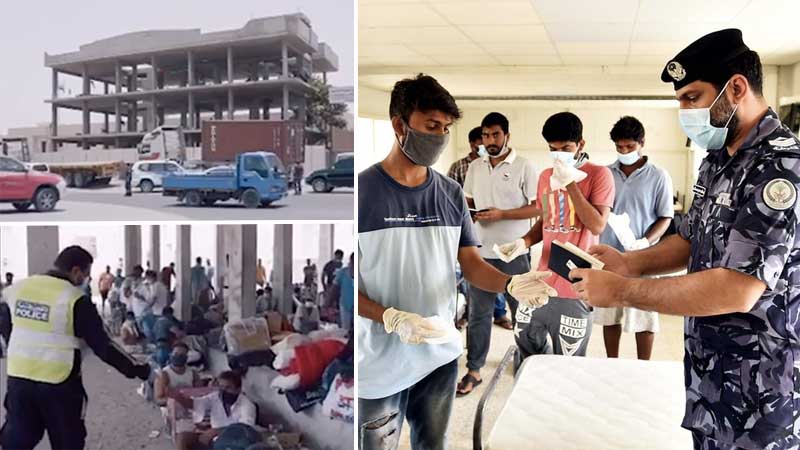 Hundreds of homeless expats have been given shelter in Sharjah.

DUBAI – Hundreds of jobless expatriates who were forced to live on a building under construction Sharjah have been rescued by Sharjah Police.

Police said that nearly 280 of the homeless expats have been sleeping in the unfinished building for nearly three months after losing their jobs.

Some of them came to the UAE on visit visa to go on a job hunt before the onset of the coronavirus pandemic.

With nowhere to go and no money to afford accommodation, the men were forced to take shelter in the building where they have tried to survive the UAE’s sweltering summer heat.

They have now been put up in Sharjah’s Police’s accommodation for officers in training, with Sharjah Charity and the Indian Consulate providing the men with food, clothing and facemasks.

“After a man called the show about the workers’ situation, we immediately started working on it and prepared the accommodation to which the men have moved into on Saturday,” Al Shamsi said.

“They were very happy to be provided with a place to live, because they had nothing,” he added.

The Sharjah Police chief said the police are in contact with the men’s consulate to arrange for their repatriation. ICA/Expat Media