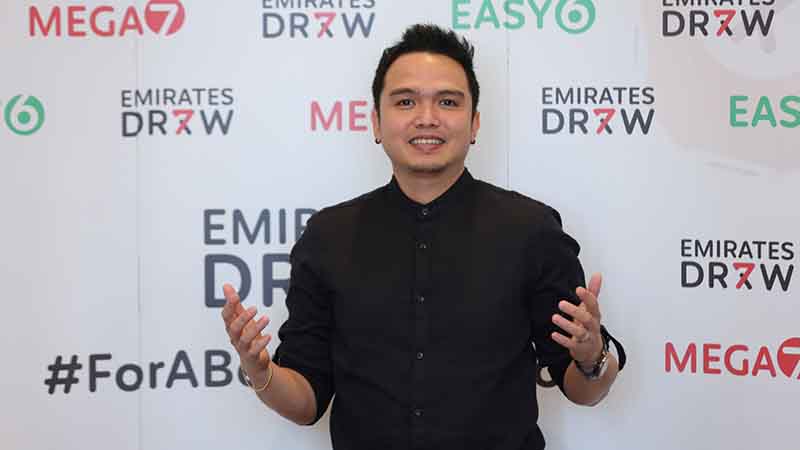 Filipino in Dubai wins Dh15 million on Friday the 13th

A Filipino storekeeper in Dubai is now Dh15 million richer after he won the top prize in Emirates Draw EASY6, organizers announced on Tuesday (January 24).

Russel Reyes Tuazon, who has lived in the emirate in the past 15 years, said it was his first time to join the draw and that his winning numbers included his birthday, age, and the birthdays of his son, sister and mother.

The 34-year-old Tuazon was sleeping when the winning numbers were announced during Friday night’s live draw. He missed the first call from Emirates Draw, but picked up the second call.

“I found it very hard to believe what I was hearing, and I got overwhelmed,” Tuazon recalls with a chuckle. He couldn’t sleep and was trying to call his wife in the Philippines. He managed to contact her in the morning.

“She told me I had lost my mind. After I sent her a screenshot of the email notification, she finally believed me,” Tuazon says. It has been almost twelve days since his win, but Tuazon says the feeling has yet to sink in, adding that he feels blessed to mark his 15 years in the UAE with a multi-million prize.

“When I came to this country as a teenager, I had no idea my life could change the way it did. I will complete fifteen years in the UAE this year and am blessed with Dh15 million!” Tuazon says.

Tuazon migrated from the Philippines to the UAE in 2008 when he was 19 to seek greener pastures, with only a high school diploma to start with.

He began his career in the UAE as an entry-level worker in restaurants and kitchens. He used his earning to support his parents and three siblings back home. He presently works as a storekeeper for a Brazilian restaurant.

He later met the love of his life in the UAE, got married and became a father to a 7-year-old boy. When the pandemic hit, he was forced to send his wife and their son to the Philippines.

Tuazon says he will eventually quit his work and use his winnings to set up a business. “Perhaps open a company related to my line of work in food and beverage, but I have not worked out the details just yet,” he says.

He encourages others to continue working towards their dreams, no matter how difficult the journey may be. “Keep trying to receive the unexpected because one day, it may just come true,” he says.

The weekly draw is held every Friday at 9pm (UAE time) and features a grand prize of Dh15 million and Dh15,000 for each six other guaranteed winners. ICA/Expat Media