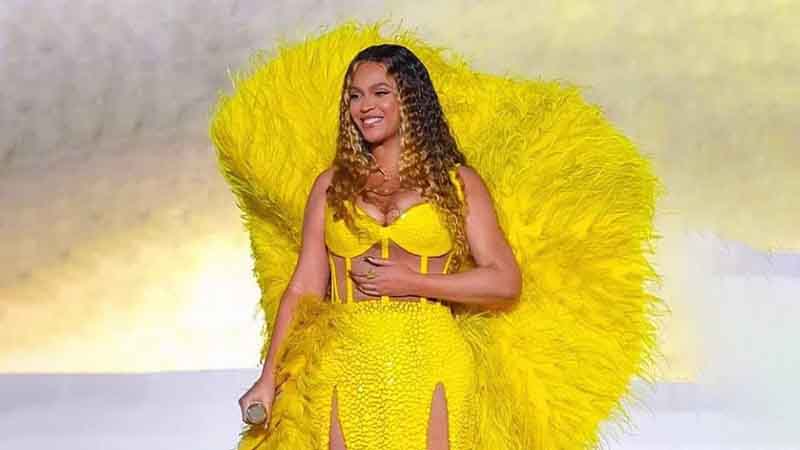 Beyonce at the opening show of Atlantis The Royal in Dubai.

Beyonce in Dubai: superstar gets $24 million paycheck for Atlantis The Royal opening show

Superstar Beyonce was reportedly paid $24 million for a 73-minute show at the opening of Atlantis The Royal, the latest ultra-luxury hotel in Dubai.

According to Arabian Business, apart from Beyonce’s multi-million dollar paycheck, the singer also stayed at the resort’s $100,000 room.

The invitation-only event on Saturday night saw Beyonce performing on stage for the first time in five years. The singer appeared in three costumes, including a yellow number designed by Dubai-based Atelier Zuhra.

As seen by Expatmedia.net, leaked videos of the event showed Beyonce–dressed in an elaborate yellow long dress with slits on both side–urging the audience to “sing with all your heart and song” as she launched into her song, XO.

Beyonce was backed by a squad of dancers as she continued her set, singing her best hits against the backdrop of elaborate stage effects that included plenty of water, smoke and fireworks.

Her daughter, Blue Ivy Carter, made an on-stage appearance to perform Brown Skin Girl. Beyonce’s husband, Jay Z, was among the A-listers who attended the event.