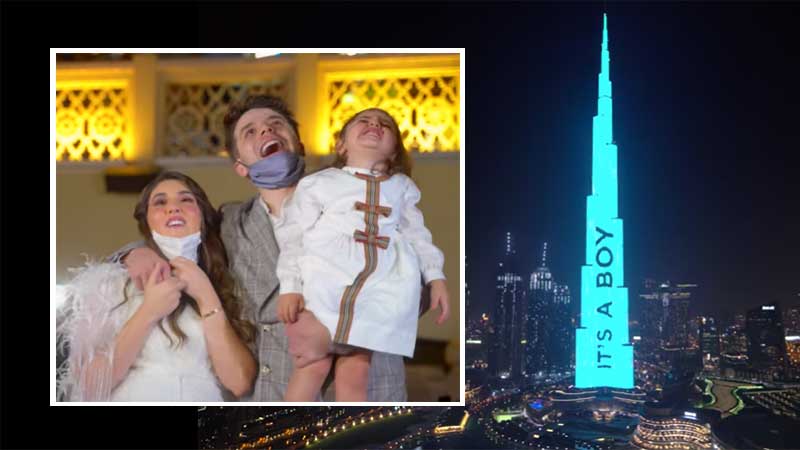 “It’s a boy” flashed on the world’s tallest tower after a fun countdown.

DUBAI – The Burj Khalifa lit up in baby blue colors for the baby gender reveal of popular Dubai YouTubers Anas and Asala Marwah.

“It’s a boy” flashed on the world’s tallest tower after a fun countdown.

It was the first time a baby gender reveal was hosted on the Burj Khalifa.

It is not clear if the couple paid for the show, however, the hashtags #MyDubai and #ThankYouEmaar were included in a video posted on their YouTube channel.

The couple, known as Anasala family, said they didn’t know the gender of their second child before the gender reveal.

The couple, who married in 2017, has a two-year-old daughter, Mila. They have more than 7.5 million subscribers on YouTube.

“I ask Asala every day, ‘Who are we to be [reflected] on the Burj Khalifa? Why us and no one else?’,” Anas said before the big reveal at Burj Khalifa. ICA/Expat Media