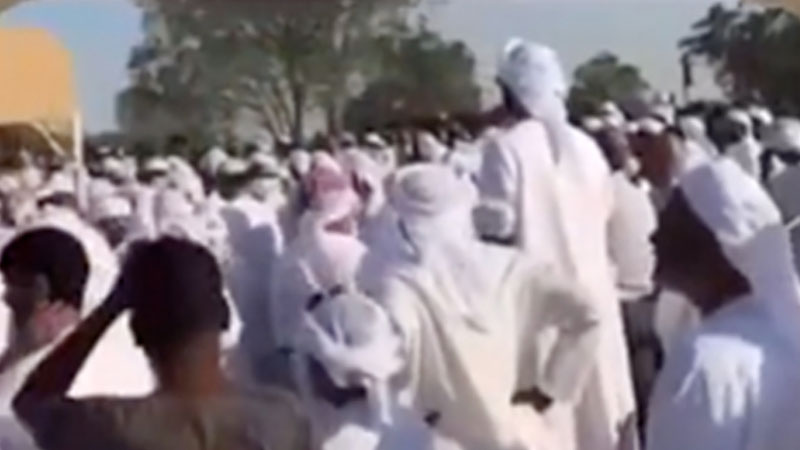 A screenshot of the viral video of an elderly American woman's funeral in Abu Dhabi.

Viral video of US woman’s funeral in UAE

A video of a 93-year-old American woman’s funeral in Abu Dhabi has gone viral after showing hundreds of Emiratis who attended.

Sheikh Saif said the elderly American passed away recently. “Upon the news of her death hundreds of Emiratis who did not know her gathered to participate in her funeral to pray for her. That’s the Emirati positive citizenship,” Sheikh Saif wrote in the caption.

Alamry shared the story of the woman’s death with photos of the large crowd of Emiratis who flocked to the mosque for her funeral. The American woman was living in Abu Dhabi with her son and reportedly converted to Islam recently.

Majid said that around 1,000 Emiratis who attended the funeral did not know her. “They carried her on their shoulders. This religion came to elevate women… This is Islam, this is the reality, and keep smiling,” he said in the video. ICA/Expat Media