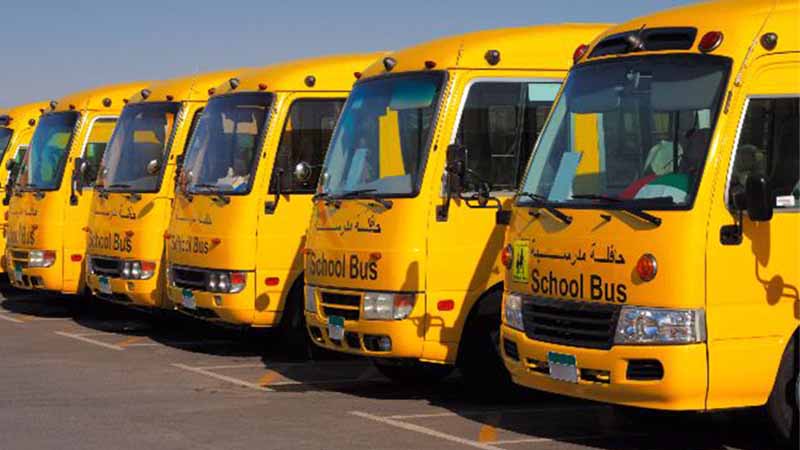 Photo for Illustrative purposes only.

School administrators in Dubai and Sharjah are debating whether or not to pass on greater transportation costs to parents, as fuel prices rise.

Several schools have already decided to increase the monthly fee for students picked up on morning shuttle runs, according to The National.

Others stated they were considering taking the hit instead.

Fuel prices in the UAE have risen by 10% in March and 16% in April, in line with rising global oil costs.

The government said on Tuesday that the price of diesel, Special, and Super for June will be more than Dh4 ($1) per litre. In 2015, the UAE discontinued what amounted to a subsidy on oil prices in order to achieve long-term sustainability and to save money.

“Being a low-fee school we thought it would hit our parents badly.

“But unfortunately, with the rise in fuel prices in order to sustain transportation, we have to increase the school bus fees. We will have a minimal increase.” said Shiny Davison, director of learning at Gulf Model School in Dubai.

Although the buses at her school are owned by a third party and the services are outsourced, the school is responsible for purchasing fuel.

It charges parents Dh300 to Dh450 a month to pick up and return their children from home in the afternoon. The low-cost school’s monthly tuition costs range from Dh350 to Dh650.

Students residing in the Muhaisnah campus’s immediate vicinity will receive a Dh25 per month rise beginning in September, while those living further away will see a Dh50 increase.

“It is not at a loss at present but could go into a loss if we continue without a small hike,” said Ms Davison.

Sharjah has approved a pricing increase

Several private schools in Sharjah have already informed parents that they can expect a 20% hike beginning in September, according to Sharjah Education Authority inspectors.

Ehab Mohammed, 39, of Egypt, said he will pay Dh3,960 per year for each of his two children who attend Rosary Private School, an increase from Dh3,300 the previous year.

Given that Sharjah reduced its five-day work week to four days earlier this year, he had assumed that bus prices would decline.

“We understand the increase in fuel prices but there is also the fact that the school week in Sharjah was cut by one day,” he claimed.

He stated that there were no intentions to raise tuition or transportation fees this year, but advised parents to consider the school’s financial status.

Mr El Nezami said he recently purchased a large order of education books from England and was surprised when the cost came in at about Dh1.8 million ($500,000), more than double what he had expected.

He ascribed the hike to higher shipping expenses and other price increases.

Biofuel buses as a viable option

The Indian High School in Oud Metha, the country’s largest school with three campuses, has its own fleet in Dubai.

Chief executive Punit MK Vasu said he was keeping an eye on gasoline prices and planned to invest in biofuel vehicles soon.

“The easiest thing to do is to pass the cost to the consumer. That’s not what we do as a community school. We need to evaluate options,” claimed Mr Vasu.

He also added that their team is considering purchasing buses that run on biofuels, as it is a greener and better choice that will assist with price increases.

“We do not intend to factor in any increase [in transport fees] but that could change depending on the situation.”

Mr Vasu expressed his hope that authorities would consider approving the usage of electric vehicles on the market.

The UAE government is considering fully electric buses, although they have not yet been certified for use in the country. KMB/Expat Media