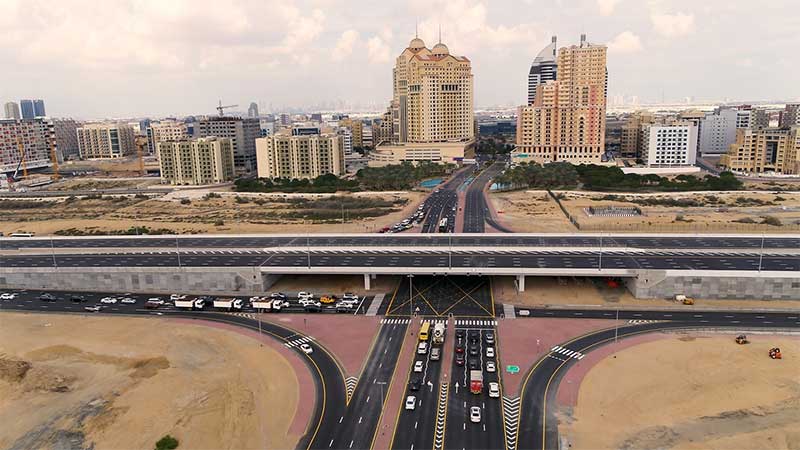 The Roads and Transport Authority (RTA) opened the new road on Sunday (January 23) as part of an improvement project in the area.

Sheikh Zayed bin Hamdan Al Nahyan Street extends 3km from the intersection with the Dubai-Al Ain Road up to the Academic City Roundabout.

Road works include improving the entrances and exits of Sheikh Zayed bin Hamdan Al Nahyan Street by connecting with the intersection of Dubai-Al Ain Road, widening the street to four lanes in each direction in a sector extending 3km, and constructing two 120-metre bridges at the intersection of the Dubai Silicon Oasis, comprised of four lanes in each direction.

“Roadworks also include constructing a signalised intersection beneath the two bridges that serve 20 lanes in all directions with a capacity of 8,000 vehicles per hour to ensure a seamless traffic flow to Dubai Silicon Oasis and Zayed University,” said Mattar Al Tayer, Director-General, Chairman of the Board of Executive Directors of RTA.

Plans to further improve Sheikh Zayed bin Hamdan Al Nahyan Street will include an expansion of the road from Academic City to the intersection with Al Awir Street.

Meanwhile, the RTA has opened two 120-metre bridges at the intersection of Dubai Silicon Oasis, comprised four lanes in each direction.