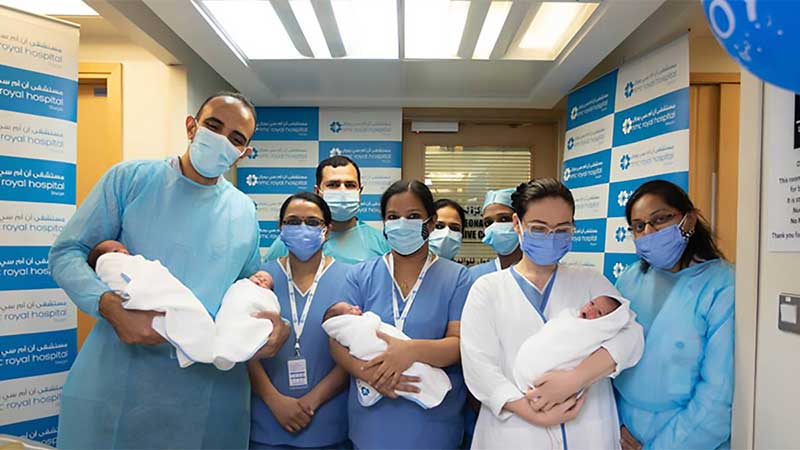 The quadruplets have been named Ahmed, Adam, Mohamed and Malek.

DUBAI – An Egyptian woman became the mother of four baby boys overnight after a rare quadruplet birth at a Sharjah hospital.

Hiba, 33, gave birth to the quadruplets in an emergency Caesarean section at NMC Royal Hospital. She was on her 31st week of pregnancy when she went into labour.

It took a specialist team of nearly 20 doctors and nurses to make sure the births went as smoothly as possible. The babies came out weighing from 1.6kg to 2kg.

They have been named Ahmed, Adam, Mohamed and Malek. Their father, Omar, a construction worker in Sharjah, is overjoyed at the multiple blessings.

The UAE-based Egyptian family has now doubled, with the quadruplets having three older sisters, aged 11, 6 and 4.

Quadruplet pregnancies are rare, with only one in 700,000 cases, said Dr. Pooja Agarwal, neonatologist at the hospital. ICA/Expat Media