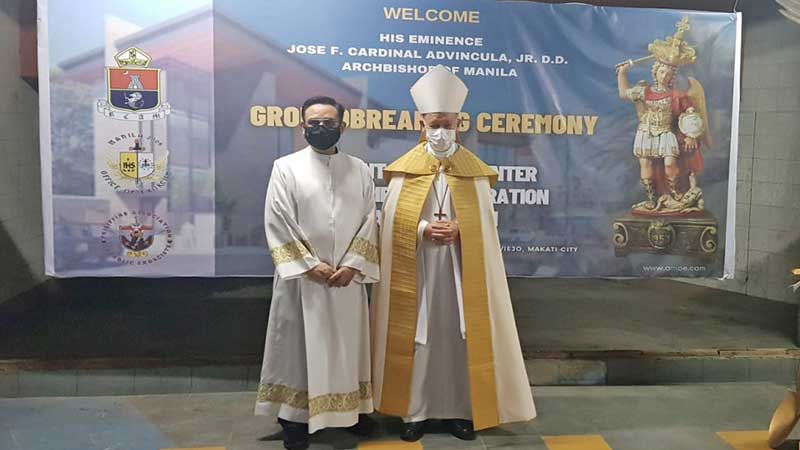 Manila Archbishop Jose Cardinal Advincula and Fr. Francisco Syquia at the groundbreaking ceremony on May 17, 2022.

The Archdiocese of Manila has started the construction of a “center for exorcism” that is believed to be the first of its kind in the world, according to reports on Tuesday (June 7).

The Catholic Bishops’ Conference of the Philippines (CBCP) reported on Tuesday that the building will be known as the St. Michael Center for Spiritual Liberation and Exorcism in Guadalupe Viejo, Makati City.

Manila Archbishop Jose Cardinal Advincula and Fr. Francisco Syquia, director of the Archdiocese of Manila Office on Exorcism (AMOE), were present when the project broke ground on May 17.

“This center will minister to those in bondage to the devil who are therefore the poorest of the poor and are usually overlooked,” Syquia said.

The AMOE said the project is a product of more than seven years of “prayers, planning and fundraising” and “will be the first of its kind in Asia, if not the world”.

The facility will house the archdiocese’s Commission on Extraordinary Phenomena, the Ministry of Exorcism Office, and the Ministry on Visions and Phenomena Office.

It will serve as the headquarters of the Philippine Association of Catholic Exorcists, which is under the CBCP and also affiliated with the International Association of Exorcists based in Italy.

The St. Michael Center’s chapel will be dedicated to Our Lady of the Angels. ICA/Expat Media