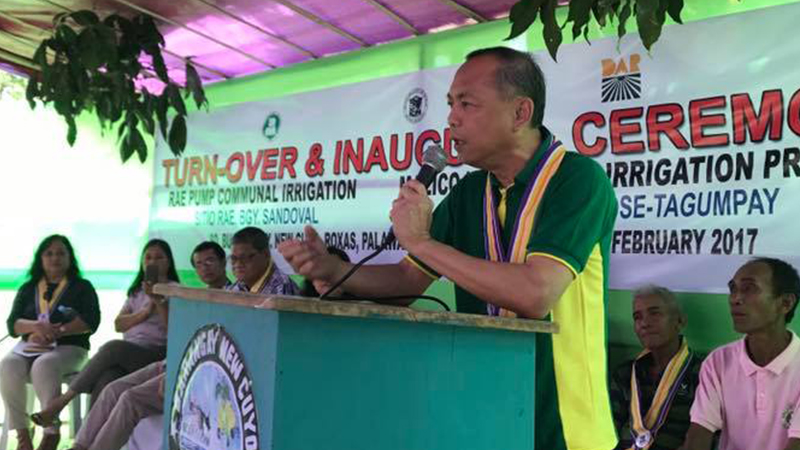 The President accepted the resignation of Laviña, who used to be Duterte’s campaign spokesman.

But there are reports that Duterte actually fired Laviña for corruption when Laviña allegedly asked money from NIA contractors.

According to Sonny Matula, president of the Federation of Free Workers (FFW), Duterte told labor leaders in a meeting in Malacanang last Monday that he fired Laviña for asking money from NIA contractors.

Laviña denied the accusations. “There are rumors circulating that I have asked money from NIA contractors. These are not true,” he said in a Facebook post..

In his resignation letter, Laviña said he resigned in order “to spare the President from these embarrassing stories, particularly in these times of intensified attacks on him.”

“I have quietly left government. I have neither personal vested interest in it nor ill intent towards NIA and the whole government, which we are trying to reform,” he added.

“It is with deep regret that our office receives this news and wishes him well in his next endeavors,” said the statement issued by Cabinet Secretary Leoncio Evasco Jr. read by Abella at a news conference.

When asked by reporters what was Laviña’s reason for resigning, Abella said: “Let’s just say, the man resigned and the President accepted it. Plain and simple. Thank you.”

Laviña is not the first Duterte administration official to have resigned or fired.

Immigration deputy commissioners Michael Robles and Al Argosino were dismissed by the Duterte administration over an alleged P50-million bribery scandal. Robles and Argosino were fraternity brothers of Duterte at San Beda College of Law. GAC/Expat Media