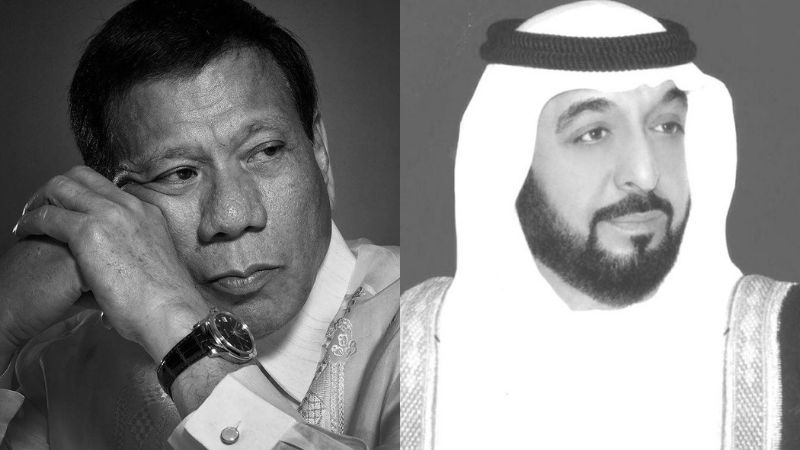 PH: President Duterte sends his condolences to UAE after the passing of President Sheikh Khalifa

Philippine President Rodrigo Duterte has expressed his condolences to the government and the people of UAE on the loss of their leader Sheikh Khalifa bin Zayed Al Nahyan.

On Wednesday (May 18), the Office of the President said in a statement: “The President conveys the Filipino nation’s solidarity with the UAE in this period of great loss and bereavement.”

Duterte also said that Sheikh Khalifa “will long be remembered even beyond the UAE for his legacy of leadership, wisdom, and benevolence.”