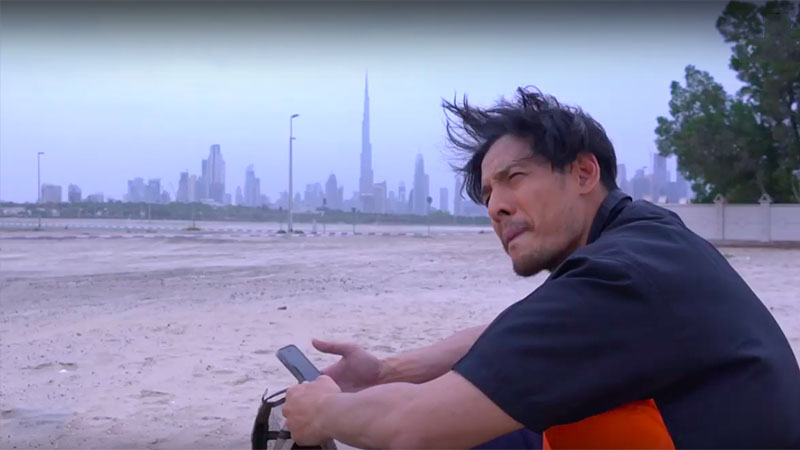 Christian Vasquez in a scene from the movie, OFW the Movie.

DUBAI – The screening of OFW the Movie in the UAE has been postponed, according to organizer Sabio Productions in a statement.

The organizer said the postponement of the movie for Overseas Filipino Workers (OFWs) is due to “unforeseen circumstances”. No new date has yet been announced.

However, one of the organisers told Expatmedia.net that actors Arnel Ignacio, Christian Vasquez and Dianne Medina will be in Bahrain on Wednesday (July 24) for the premiere.

The actors were originally scheduled to fly from Bahrain to the UAE for the movie premiere in the emirates on July 26, with screenings scheduled in Dubai and Abu Dhabi.

OFW the Movie, which producers say is “based on true stories”, features the lives of five OFWs in the UAE, Saudi Arabia, Singapore, Canada and Qatar and also stars Sylvia Sanchez, Rafael Rosell and Kakai Bautista.

The movie, directed by Neal Tan, also debuts the acting talents of Filipinos based in the UAE in several bit roles throughout the film. ICA/Expat Media