Manny Pacquiao to ‘put on show’ for Filipino fans in Dubai 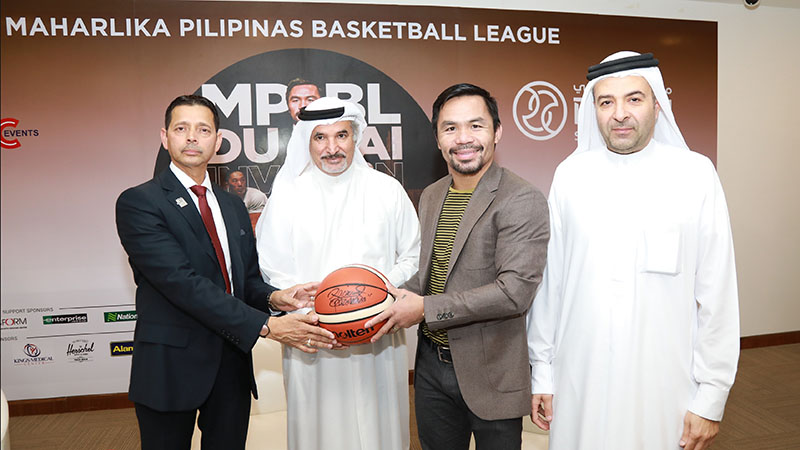 Manny Pacquiao at the Dubai Sports Council on September 25, 2019.

“This is our first time to bring MPBL overseas and we plan to make it memorable not just for us but for the 700,000-strong Filipino community here,” Pacquiao said on Thursday (September 26) during the press conference held at Dubai Sports Council.

“Personally, I am really excited to play in front of our Kababayans here. They are used to seeing me inside the boxing ring. But for this special event, I will showcase my basketball skills as well. I am inviting all my kababayans and other nationalities to come out and watch us play,” Pacquiao said.

“It’s really a great opportunity to showcase to them live the Philippine brand of basketball and we really cannot wait to put on a show in front of our kababayans,” he added. 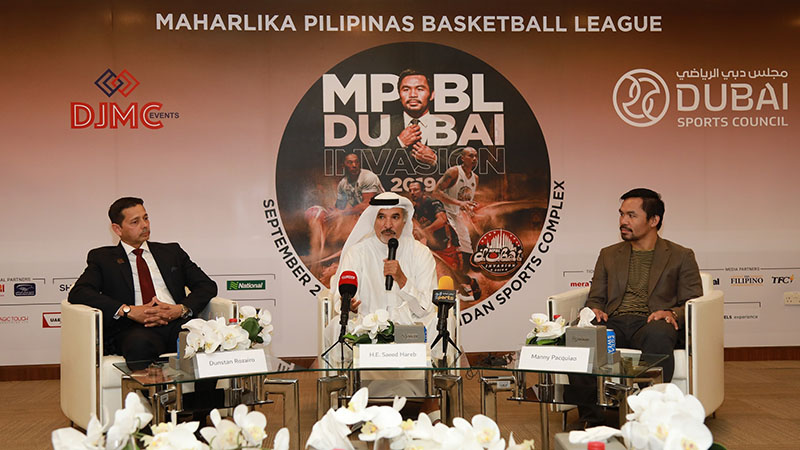 A lion’s share of the spotlight, however, is expected to fall on the 40-year-old Pacquiao, an eight-division world boxing champion who scored a stirring unanimous decision victory over American Keith Thurman for the WBA super-welterweight title last July.

But this time, Pacquiao will lace up his basketball shoes – and not boxing gloves – as he’s set to figure in a pair of exhibition matches alongside former pro league greats and MPBL staff as they go up against the Dubai All-Stars comprised of Filipino expatriates who are thriving in the Middle East.

Mmong those who are thrilled to welcome Pacquiao in Dubai is Saeed Hareb, Secretary General of Dubai Sports Council. 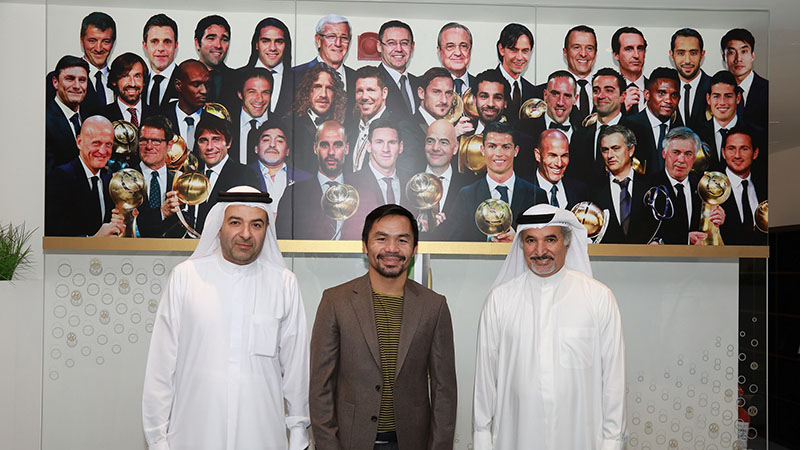 “This is Manny Pacquiao’s second visit to Dubai Sports Council and we are honoured to have him back. We are also delighted to support his new basketball venture, the Maharlika Pilipinas Basketball League,” said Hareb.

“We are happy he has decided to bring his league here to Dubai for the entertainment of our sports-loving Filipino expatriate community in the UAE. Basketball is a very popular sports in the Philippines and fans here will be able to see MPBL’s top three teams in action,” he said.

Popular Filipino actors Gerald Anderson of Imus Bandera and Derek Ramsay of Batangas City are also expected to gain a fair share of the limelight in the course of the two-day basketball showpiece made possible by the Dubai Sports Council and Hamdan Sports Complex.

“It is with great pride and honor to welcome the entire MPBL delegation, led by Senator Manny Pacquiao, here in Dubai,” said Dunstan Rozairo, Chairman of DJMC Events. “He’s the living legend of Philippine sports and we’re humbled to partner with him for this great event. We look forward to a spectacular weekend of hoops and beyond.”

Tickets starting at Dh50 are still available at meraticket.com, the event’s ticketing partner, and other ticket outlets. Ticketholders can also avail of the free transportation from bus stations located in Deira City Centre, Satwa, Karama and Mall of the Emirates. 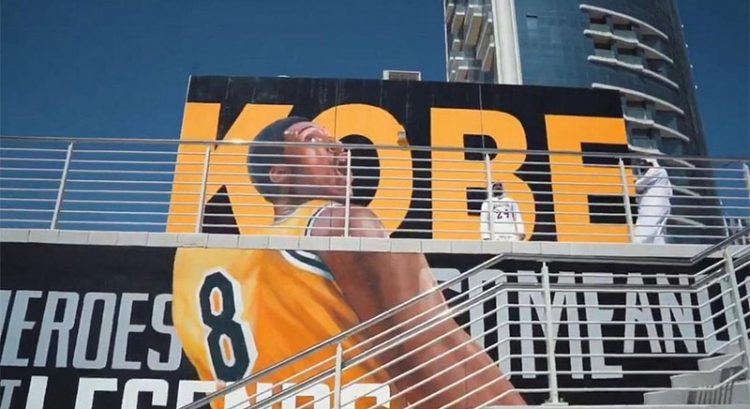 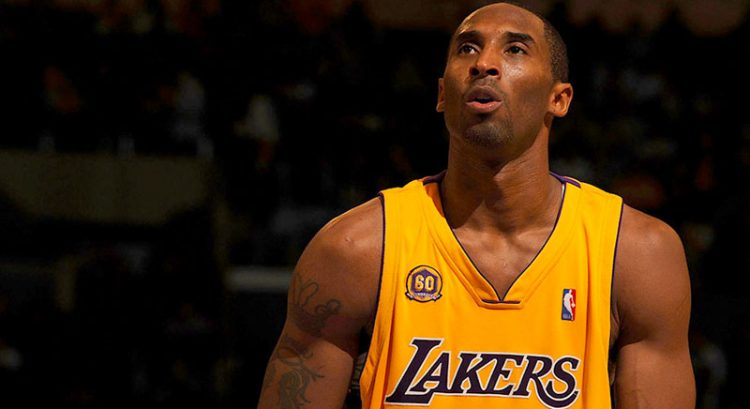 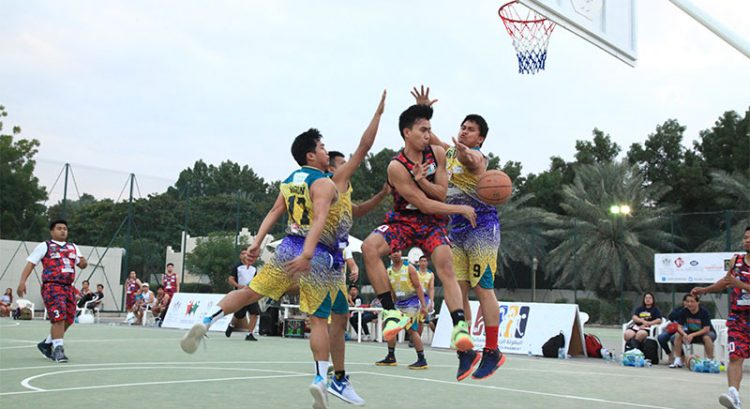 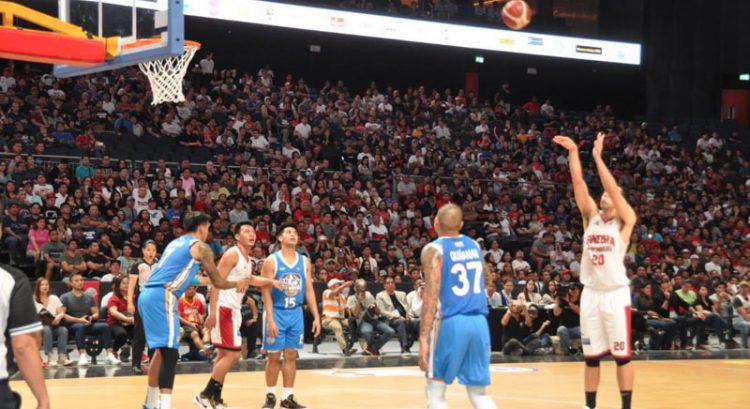