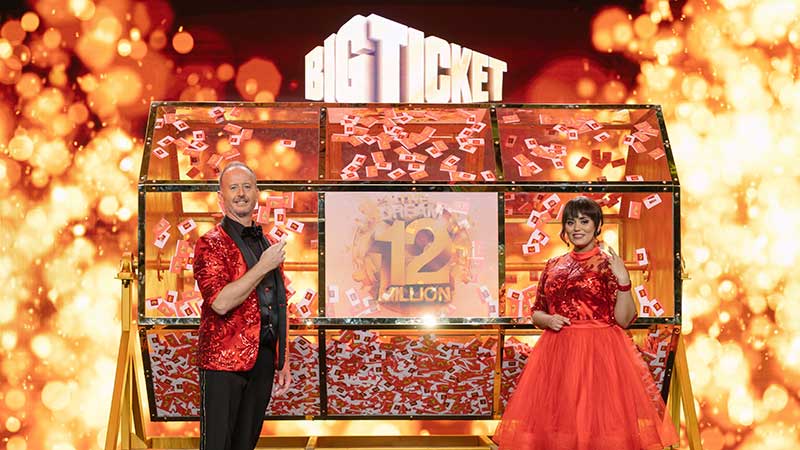 Since 1st October, Big Ticket’s weekly e-draw has been giving customers the chance to walk away with 1KG of 24-carat gold every week. Jordanian national Tariq Azar, whose winning raffle ticket number was called on 10th October, was the first lucky individual to take the gold prize home during the first weekly e-draw of the month.

A resident of Dubai, Tariq has been living in the UAE for the past 20 years and has been purchasing raffle tickets on his own for several years. When Big Ticket’s representatives called him, he was delighted that he finally received the winning phone call after years of trying. He explained that he would be looking to keep his winnings as savings for the time being and plans to continue purchasing Big Ticket raffle tickets.

Like Tariq, customers who purchase Big Tickets during October stand a chance to win the 1KG gold prize every week. Anyone who purchases tickets during the promotion dates will also have the opportunity to win the Dh25 million grand prize on 3rd November. Fans of Big Ticket have until 31st October to make their purchases online or by visiting the in-store counters at Abu Dhabi International Airport and Al Ain International Airport.
Throughout September, four lucky weekly e-draw winners each took home a cash prize of Dh 300,000 with Big Ticket:

RAKESH SASIDHARAN, THE FIRST WEEKLY E-DRAW WINNER, SEPTEMBER
The first weekly e-draw winner for September, Rakesh, came together with his close friend to try his hand at being named a winner. A resident of Doha, Rakesh has been living in Qatar for the past several years and works in the retail industry. When Big Ticket’s representatives called him, he was overjoyed and shared that he would be looking to invest all his winnings in his daughter’s future education.

MUHAMMAD SHAHBAZ, SECOND WEEKLY E-DRAW WINNER, SEPTEMBER
The second Dh300,000 winner for September is Muhammad Shahbaz, a Pakistani national currently residing in Al Ain with his family. The second weekly e-draw winner has been saving enough money to purchase Big Ticket raffle tickets every couple of months for the past two years. He will be looking to invest his winnings in his construction business, buy property in his home country, and donate the rest to charity.

ABDUL AZIZ SULTAN AHAMED, THIRD WEEKLY E-DRAW WINNER, SEPTEMBER
Abdul Aziz, a Bangladeshi national who won Dh300,000 during the third weekly e-draw of September, has been a resident of Abu Dhabi for the past eight months. The lucky Big Ticket customer pooled money with over 20 of his closest friends and relatives to buy raffle tickets. After hearing about Big Ticket from his friends, Abdul Aziz bought his first-ever ticket and won on his first try.

RAMACHANDRAN GANGADHARAN, FOURTH WEEKLY E-DRAW WINNER, SEPTEMBER
Indian national Ramachandran Gangadharan was September’s fourth and final weekly e-draw winner. A resident of Qatar, Ramachandran was among the winners who received their winnings during the month of the Onam festivities.
Follow Big Ticket’s official social media platforms and website for all the latest news and updates.

All Big Ticket Cash Tickets purchased between the promotion dates will be entered into the adjoining draw date; the tickets will not be entered into every weekly electronic draw. PR/ Expat Media