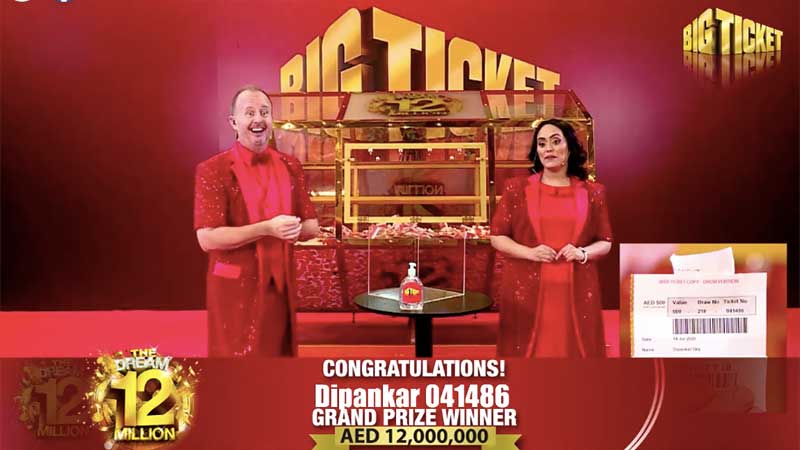 The big winner was Dipankar Dey, who said he will be sharing his Dh12 million prize with 10 colleagues who chipped in to buy winning ticket 041486 on July 14.

Dey, an optometrist in Dubai, was elated when he received the call from draw organizer Richard Isaac.

The expat was cooking when he received the call informing him of the good news. He said he instantly recognized Richard’s voice.

Dey, 37, has been living in Dubai for the past nine years. His wife and daughter are in West Bengal due to travel restrictions.

In the upcoming draw in September, two people are going to be millionaires with a grand prize of Dh10 million and a second prize of Dh1 million up for grabs. Tickets are available to purchase on bigticket.ae until August 31. ICA/Expat Media