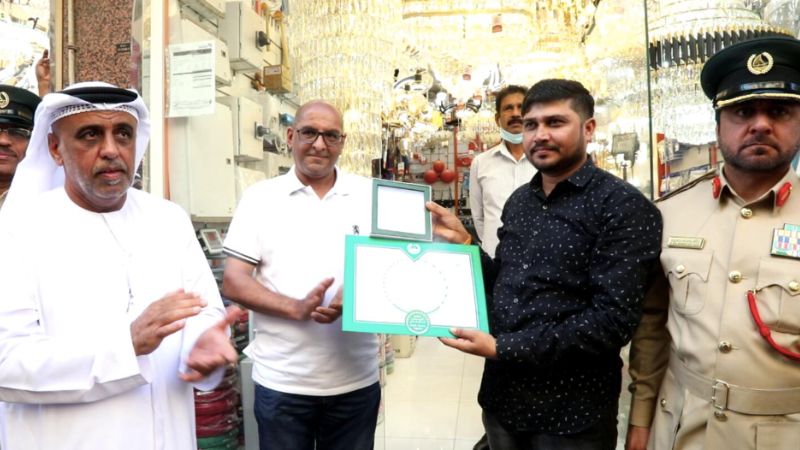 According to Dr Major General Tariq Tahlak, two Asians were in Naif carrying Dh4,250,000 cash. He said the primary suspect and his accomplices intercepted the Asians and stole one of the two bags containing Dh2,757,158.

“As the two Asian men shouted for help, Mr Keshur saw the robber running with the stolen bag toward him. He bravely tackled the criminal, started wrestling with him, and pinned him to the ground until the police patrols arrived and made the arrest” Maj. Gen. Tahlak said.

Keshur expressed delight and joy at being honored by Dubai Police senior officers among his colleagues and said he will always cherish this medal.

Maj Gen Al Mansouri praised Keshur for tackling and pinning the thief until police arrived. He praised the young man’s efforts and courage in intercepting the thief, saying it shows his devotion to the community and cleverness in emergencies.

Maj Gen Al Mansouri said that honoring Keshur in his workplace and among his colleagues and neighbors shows Dubai Police’s commitment to community partnership and individual accountability. BKM/ Expat Media