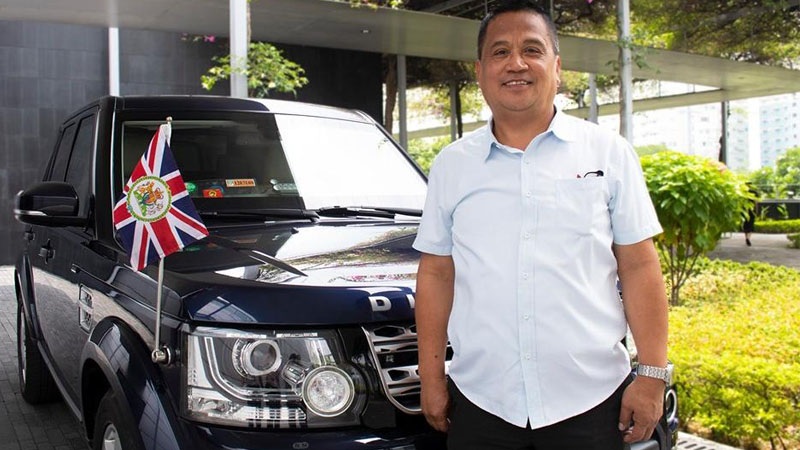 DUBAI – A Filipino driver for British ambassadors in the Philippines has been awarded a British Empire Medal by Queen Elizabeth II.

Ronald Quitevis received the honor for serving eight British envoys in his 33-year career. He started working at the British Embassy in Manila when he was only 22 years old.

The award was announced by British Ambassador to the Philippines, Daniel Pruce, who said that Quitevis received the recognition “for his services to UK-Philippine relations”.

“This is a thoroughly well-deserved recognition of Roland’s long service at the Embassy, mostly spent as the Ambassador’s driver,” Pruce said in a statement on the British Embassy Manila’s Facebook page on Tuesday.

Quitevis, in a statement on Facebook, said his career opened up “multiple opportunities”, including driving for Prince Charles, Prince Andrew and Princess Anne.

“It has been such a memorable experience to me to meet each one in person. In fact, during the most recent visit of Princess Anne to the country, she commented that I was very young when she first came to Manila and visited the indigenous community in Clark in the aftermath of the 1991 Mount Pinatubo volcanic eruption,” Quitevis said.

Quetevis, from Sta. Lucia in Ilocos Sur, is the sixth of eight children in the family. He moved to Manila when he was 22 and landed his first job in the British Embassy as a messenger.

He was later promoted as the official driver of the ambassador. “I remember being so grateful for the opportunity, which is why I have always loved every single day of it – come monsoon rains, heavy Manila traffic and day-to-day encounters with British Embassy staff in action,” he recounted.

“For me, every moment with all the Ambassadors has been unforgettable, as they have treated me like family and always with utmost respect … Truly this is one for the books, and I will always be thankful to all Her Majesty’s Ambassadors that helped me reach this point in my career,” he said. ICA/Expat Media