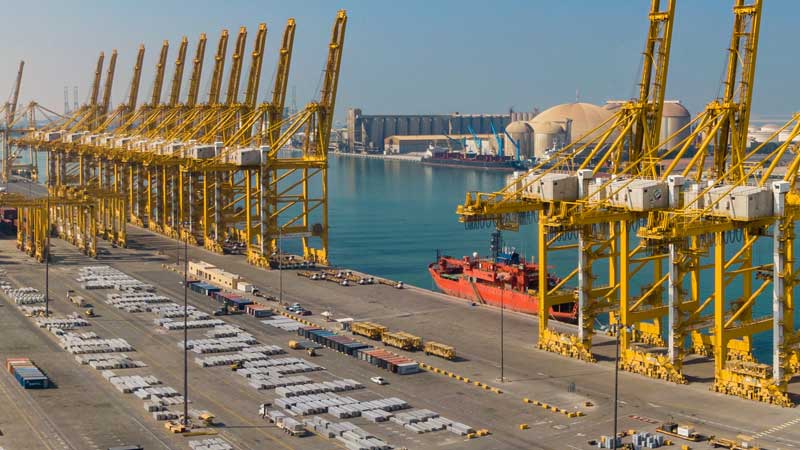 The Jebel Ali Port in Dubai.

The Dubai Court of Appeal has upheld the jail sentence of a captain and four other people in the case of a ship fire that caused a damage worth Dh24 million on the Jebel Ali port.

The five people were found guilty of negligence that cause fire on the ship anchored at the port in July 2021. The fire damaged a part of the port, as well as some heavy machinery at the port.

The court convicted four shipping companies, including the owner of the ship that caught fire, and fined them Dh100,000 each. A separate civil case was also filed against the companies.

According to forensic experts at Dubai Police, the shippers failed to identify the hazardous materials they were transporting, while also keeping the containers under the sun for 21 days at extreme temperatures of up to 44°C.

The containers were packed with 640 barrels of hazardous materials, which were not delivered in a timely manner, the forensic report indicated. ICA/Expat Media