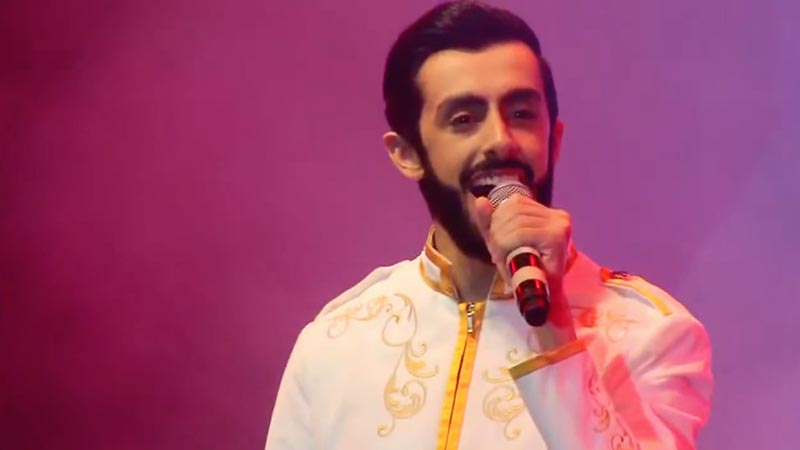 Emirati singer and songwriter Alira performs in Mumbai, India on May 23, 2022.

UAE’s Alira sets new world record in India: hitmaker brings We Are One to Mumbai

In the event organized by Tricolour Properties, Alira was flown to Mumbai to reprise his performance at Expo 2020 Dubai where he launched his 7-minute original song We Are One. Watch the video below or click here for the livestream at the 6:15:29 mark.

In Mumbai, the new record was achieved with a support cast of nearly 500 people, of which 195 carried the different flags of the world as Alira yet again sang his original song of unity. Alira, in his all-white prince suit, gave a phenomenal performance in his trademark countertenor voice. We Are One—a fusion of gospel, R&B and pop—drives home a powerful message of love and acceptance, with a chorus of unity in diversity.

Applause and cheers rang at the packed grand ballroom of the Seven Eleven Hotels and Club as the musical production unfolded, which ended with the UAE and Indian flags raised on stage as Alira was surrounded by an enthusiastic crowd waving the flags of the world.

In a speech at the end of the performance, Alira praised the unique ties of the UAE and India, and called for creating more opportunities for the younger generation to thrive.

“Let’s strive to strengthen our relationship. Let’s create hope for our children and our children’s children because they are our future. And most importantly let’s come together as one. Let’s realize our vision of life through each other’s eyes and push each other through victory because when we have each other, we have everything,” Alira said. ICA/Expat Media