UAE: Residents are advised not to buy food from illegal street vendors 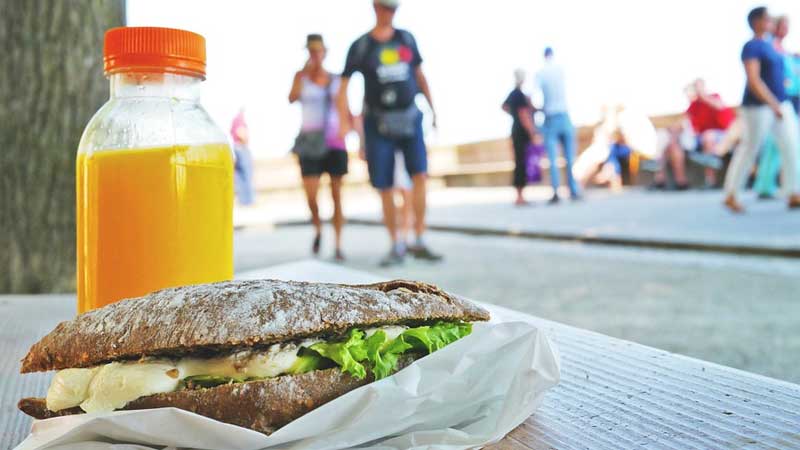 Photo used for Illustrative purposes only.

UAE: Residents are advised not to buy food from illegal street vendors

Residents in the Northern Emirates have been cautioned not to buy inexpensive food from unauthorized street vendors, according to local government officials.

The Sharjah Municipality has stated that such actions will not be tolerated during the holy month of Ramadan.

The Director-General of Sharjah Municipality, Obaid Saeed Al Tunaiji, stated that the municipality has launched a crackdown on such acts, which are common throughout Ramadan.

He went on to say that these illegal street sellers set up shop near the workers’ lodgings, where they sell food at a lower price than eateries.

“Most of them use expired ingredients to make snacks, which often leads to food poisoning.”

Al Tunaiji further stated that the municipality has developed all essential plans and teams to examine food preparation and serving facilities.

Food vendors can now get licenses to sell their wares outside of their establishments. He also added that the inspectors will target not just mobile vendors, but also tiny food establishments that operate throughout Ramadan without municipal licenses.

A detailed plan has been devised to monitor food products during the holy month, according to Nasser Saeed Muhammad Al Tunaiji, head of the public health department at Al Dhaid Municipality. “Inspectors have been assigned to monitor mobile food vendors who cook food at their accommodation using expired products and sell them to workers and poor families. The mobile vendors who violate the municipality regulations would be subjected to strict punishment including deportation.”

Mobile food vending is illegal in Ajman, according to Khalid Al Hosani, director of the Ajman Municipality’s health and environment department. He claims that it is a violation of the Emirate’s health rules. Al Hosani went on to say that the street merchants were operating without licenses.

Food vending is legally forbidden in the Emirate, according to Hassan Al Yamahi, director of Dibba Fujairah Municipality, and the municipality is working hard to crack down on these vendors. KMB/Expat Media