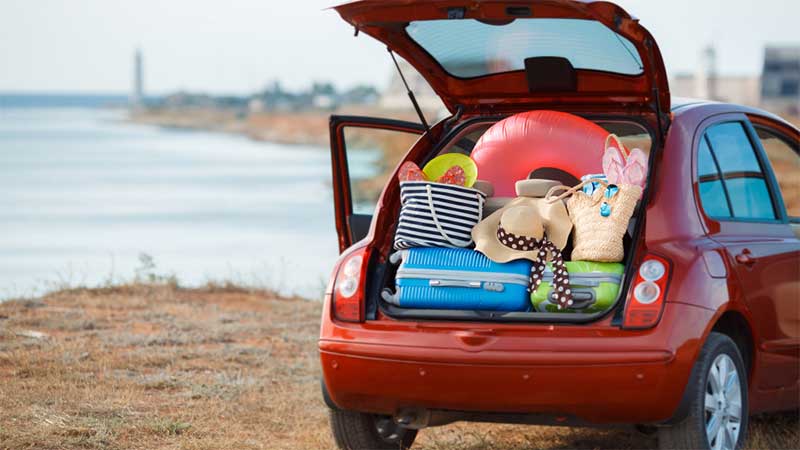 With road trips becoming popular this summer, UAE police have warned travelers against carrying excess baggage, saying that penalties will be given to those overloading their vehicles.

According to police, motorists caught overloading their vehicles or driving with faulty tires or brakes will be fined Dh2,000 and given six black points on their traffic file.

In Sharjah, police officials have been asked to weigh luggage and stop anyone from overloading their vehicles. Sharjah Police said random checks will be part of their safety awareness drive.

Dangers of overloading a vehicle

Overloading a vehicle will pose the following risks:

The vehicle will be less stable, difficult to steer and take longer to stop. Vehicles react differently when the maximum weights which they are designed to carry are exceeded.

Overloaded vehicles can cause the tires to overheat and wear rapidly which increases the chance of premature, dangerous failure or blow-outs.

The driver’s control and operating space in the overloaded vehicle are diminished, escalating the chances of an accident.

The overloaded vehicle cannot accelerate as normal – making it difficult to overtake.

At night, the headlights of an overloaded vehicle will tilt up, blinding oncoming drivers to possible debris or obstructions on the roadway

Brakes have to work harder because the vehicle is heavier due to overloading. Brakes overheat and lose their effectiveness to stop the car.

With overloading, seat belts are often not used as the aim is to pack in as many persons as possible into the vehicle

The whole suspension system comes under stress and, over time, the weakest point can give way.

By overloading your vehicle you will incur higher maintenance costs to the vehicle – tyres, brakes, shock absorbers and higher fuel consumption