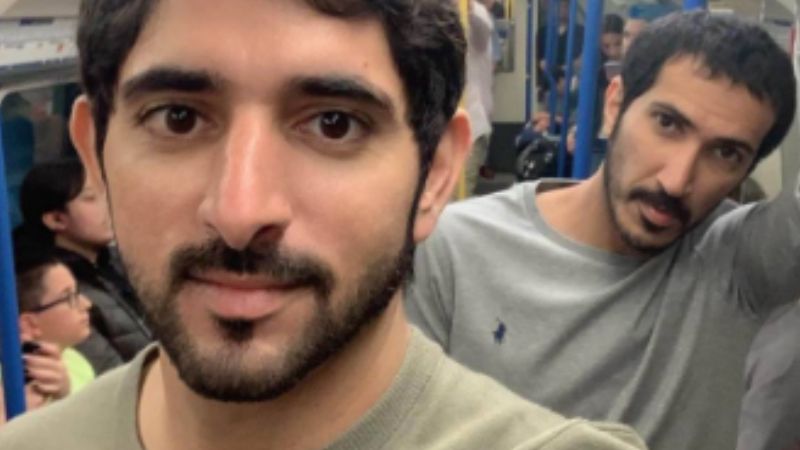 The Crown Prince of Dubai, Sheikh Hamdan bin Mohammed, has been spending his summer in the UK.

Sheikh Hamdan has been very active in sharing updates of his trip with his 14.5 million Instagram followers.

In his most recent photos, he was seen riding the London Underground —London’s public transportation system— with his close pal Badr Ateej.

The photo shows the Sheikh standing in the middle of the crowded Tube carriage, with Ateej standing behind him.

“We’ve got a long way to go and Badr is already bored,” he stated in the caption.

The royal did not appear to be recognized by the other passengers. BKM/ Expat Media