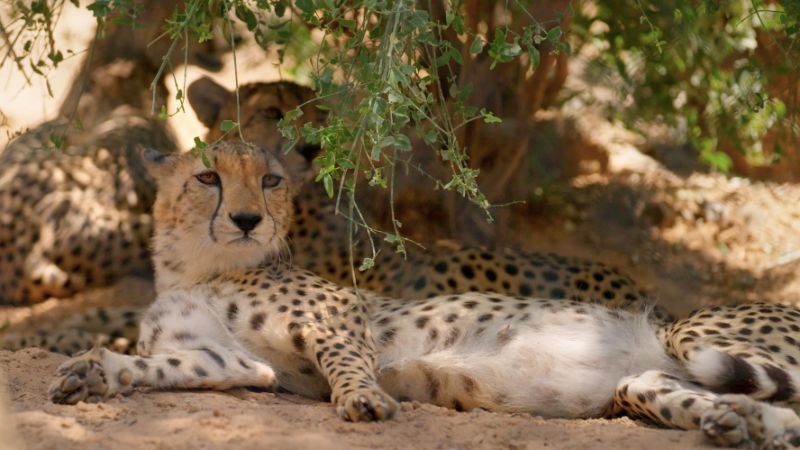 Sharjah TV will broadcast the first show of the documentary film “Sharjah Safari” for three days, from October 7 to 9, at 13:30, with its three parts chronicling the journey of establishing the “largest safari outside the African continent.”

The documentary traces the development of the project from the time it was created as a plan to incorporate the largest living representation of African environmental and biological diversity at the “Al Bardi” reserve in Al Dhaid to the time of its inauguration by H.H. Sheikh Dr. Sultan bin Muhammad Al Qasimi, Member of the Supreme Council and Ruler of Sharjah, in February 2022.

In collaboration with the Sharjah Environment and Protected Areas Authority (EPAA), the Sharjah Broadcasting Authority (SBA), and Sharjah Government Media Bureau (SGMB) collaborated for more than a year to develop the documentary.

In addition to highlighting the various stages of construction on the project, which started five years ago and cost roughly AED1 billion, the movie sheds light on the rare groups of endangered species that are kept in the safari.

Interviews with engineers and project personnel, as well as specialists and experts in biology and veterinary science, are included.

According to SBA Director-General Mohammed Hassan Khalaf, the production of the “Sharjah Safari” movie is in line with the authority’s objective to highlight Sharjah’s leadership in a number of growth sectors that strengthen the emirate’s status as a premier international travel destination.

Director-General of the Sharjah Government Media Bureau Tariq Saeed Allay stated that as part of a media strategy they have been developing since the project’s inception, this collaborative work translates the office’s directives in supporting the various initiatives and projects of Sharjah in all of its sectors.