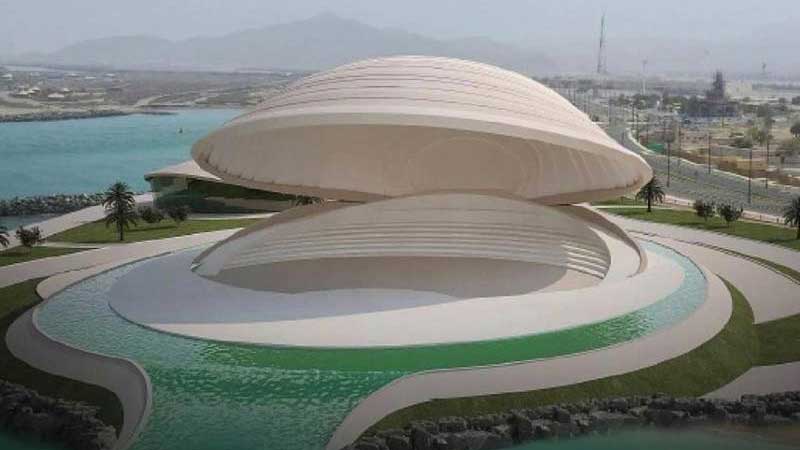 An artist's impression of the floating theatre shaped like a sea shell.

DUBAI – A floating theatre in the shape of a sea shell will rise in Sharjah’s east coast exclave of Kalba, it has been revealed.

The theatre’s design was inspired by an idea from Sheikh Dr Sultan. The theatre is shaped like a giant clam surrounded by water basins.

“The theatre, with its distinctive and wonderful destination being linked to the corniche, will provide a complete view of the Kalba Corniche and the Arabian Sea,” according to state news agency WAM.

Among Sharjah’s series of sea-inspired projects is the Kalba Heritage Museum, a sail-shaped institution that will be built on the seashore.