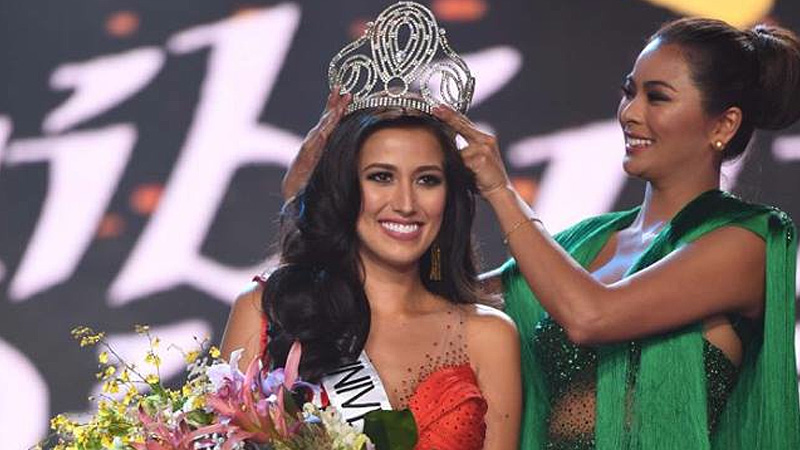 MANILA – A Filipino-British entrepreneur, a member of opera trio, a runner-up of Asia’s Next Top Model Cycle, and a cadet pilot were among those chosen as the new Philippine representatives to various international beauty competitions this year in last Sunday’s night Binibining Pilipinas pageant held at the Smart Araneta Coliseum in Quezon City.

Peters, a Filipino-British, represented the Bicol region province of Camarines Sur and she manages a family-owned event concept company.

She was crowned by 2016 Miss Universe Philippines Maria Mika Maxine Medina at the end of the four-hour glitzy pageant.

In the question and answer portion, Peters was asked what message would she give to the leaders of the Association of Southeast Asian Nations (ASEAN) if she were invited to speak the summit.

She replied: “I believe that one of the biggest problems that our country faces today is divisiveness – in politics, in religion, and also in culture. And I believe that it’s something that is the same across the world. And so that is something I would want to address. I believe that when people can learn to tolerate each other’s differences and respect each other’s opinions, then we will be a strong nation and world.”

Peters is hoping to continue the successful streak of the Philippines in Miss Universe that started in 2010.

Aside from the Miss Universe Philippine title, Peters was adjudged Miss Photogenic and Best in Swimsuit.

Maria Angelica was also picked as Best in Long Gown.

She will compete in the Miss International pageant in Japan later this year and hopes to snatch a back-to-back victory for the Philippines.

Katarina Rodriguez, a runner-up in Asia’s Next Top Model (AsNTM) Cycle 2 in 2014, won the Binibining Pilipinas Intercontinental title. She was also chosen as Miss Philippine Airlines. The carrier is a major sponsor of the pageant.

Nelda Ibe, a cadet pilot, was picked Binibining Pilipinas Globe. Like Peters, she joined Miss World Philippines in 2014 and was the 2nd princess (2nd runner-up). 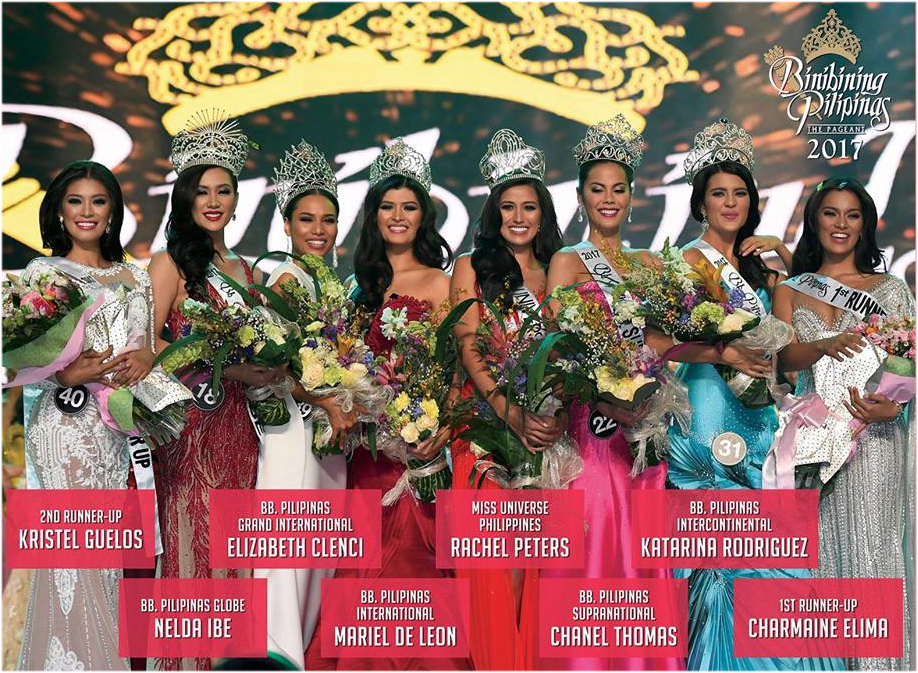