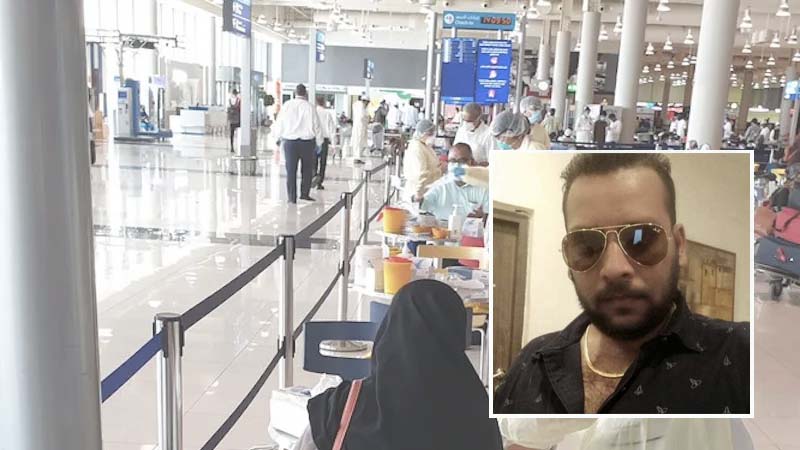 Yogesh Ashok Variava (inset) is a suspect in a multi-million dirham scam in the UAE.

DUBAI – The suspect in a multi-million dirham scam that victimized dozens of businessmen in the UAE has fled the country on a repatriation flight to India.

According to Gulf News, Variava was on the flight with some 170 repatriates. Sharjah-based United Advocates said the five companies it represents are weighing legal action against Variava in India and UAE.

Yariava is a prime suspect in a trading scam involving his company. His representatives reportedly made bulk purchases from traders for goods worth nearly six million dirhams before disappearing.

They bought facemasks, gloves and sanitizers worth nearly Dh500,000 from three companies, rice and nuts worth Dh393,000 from Al Baraka Foods and many more.

At least 40 victims had approached the Indian Consulate in Dubai and the Bur Dubai Police station to file a complaint.

A representative of Ajman-based Skydent Medical Equipment said they could not get hold of the “sweet-talking purchase managers” who visited them earlier to buy facemasks. Royal Luck Foodstuff Trading’s office in Business Bay has also shut down.

Another businessman said he is “devastated” and is not sure how to recover his losses.

It is believed that the goods that the scammers amassed will be sold to contacts that will help them earn huge profits. ICA/Expat Media