Man who swallowed $90,000 worth of diamonds caught in Sharjah 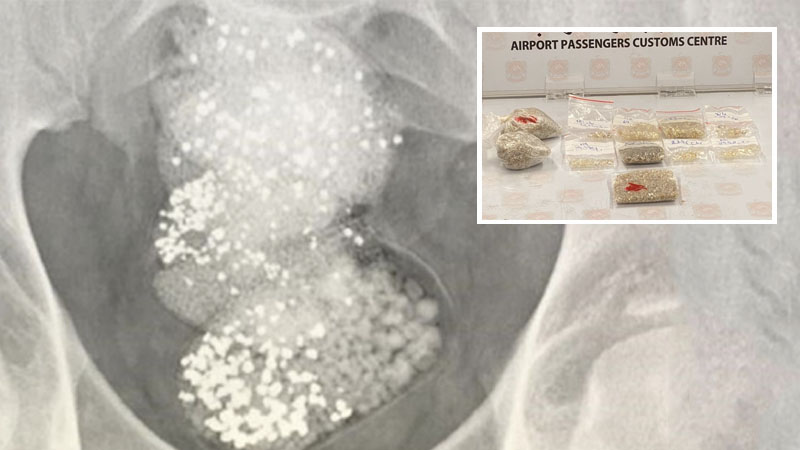 An x-ray revealed bags of diamonds (inset) in the man's stomach.

Man who swallowed $90,000 worth of diamonds caught at Sharjah airport

DUBAI – An African man who swallowed nearly 300g of diamonds worth $90,000 has been arrested at the Sharjah International Airport, customs officials said.

According to the Federal Customs Authority, a tip off about the diamond smuggler alerted customs officials about his plan prior to his flight.

As soon as he arrived at the airport, customs inspectors searched his luggage and ran a full body x-ray, which revealed he had swallowed plastic bags filled with diamonds.

Customs inspectors were able to retrieve three plastic bags filled with diamonds from the man’s stomach and bowels.

During interrogation, the man said he worked with two other men from his home country to smuggle the diamonds into the UAE and sell them. ICA/Expat Media