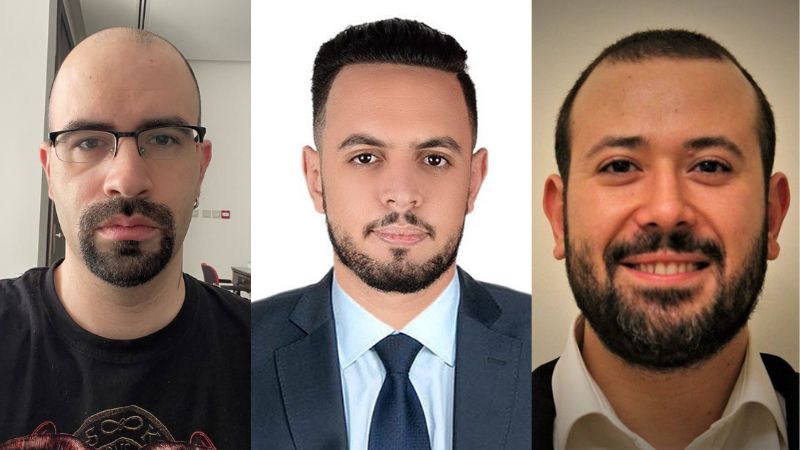 Tarek, Salaheddine, and Marko were the three raffle draw winners with the IDs 24085791, 24246181, and 23736420, respectively, who collectively took home Dh300,000. All three winners voiced how the sizeable prize money would help them achieve milestones that greatly benefit them.

“My mother has always worked so hard to offer me the best life she could afford,” says Tarek, a Lebanese entrepreneur in Dubai who runs a management consulting firm.

“Even though I’m still young, Mahzooz has allowed me to give her the gift of a comfortable lifestyle,” said the 31-year-old.

Tarek’s mother participates in Mahzooz regularly from Lebanon. Since she introduced him to Mahzooz, Tarek has participated 15 times. The Lebanese expat was having dinner with his friend on the night of the draw when he received the surprising email from Mahzooz informing him of his big win. Tarek intends to donate a part of his winnings to charity as well.

Salaheddine, a 33-year-old Moroccan expat, says that winning with Mahzooz has helped him rediscover his belief in the power of possibilities: “In the four years that I’ve lived in Dubai, I’ve never participated in a single draw because I’ve never believed in luck, but only in the power of hard work. I took part in Mahzooz because I was delighted to know how the water bottles we purchase to participate eventually go to a good cause.”

Salaheddine, a sales manager in the UAE, became a regular Mahzooz participant and purchased more than one bottle of water every week. He received an email from Mahzooz announcing his win on the night of the draw while he was out with his brother at a caf, and he was undoubtedly surprised and confused. With the prize money, Salaheddine wants to buy a car for his brother, who lives in Dubai, and a bike for one of his brothers in Morocco.

The third winner, Marko, is from Serbia and harbors positive aspirations for his windfall. “I’ll use the winning money to invest in a property back home and travel partly, ” explains the 35-year-old interior designer. “I’m so thankful to Mahzooz for helping me acquire such a huge amount of money overnight,” Marko adds.

All three raffle draw winners said they would continue participating in Mahzooz to bag the  Dh10,000,000 top prize at both the Super Saturday Draws and the Fantastic Friday Draw.

Entrants can participate in Mahzooz by registering via www.mahzooz.ae and purchasing a bottle of water for Dh35, which enables them to enter multiple draws, the Fantastic Friday Epic Draw and the Super Saturday Draws, by choosing two different sets of numbers.

The Super Saturday Draws require participants to pick 5 out of 49 numbers to win the top prize of Dh10,000,000, the second prize of Dh1,000,000, or the third prize of Dh350. Participants will be automatically entered into the raffle draw, in which three guaranteed winners will each receive Dh100,000.

Mahzooz means lucky in Arabic and is the UAE’s favorite draw that offers participants a life-changing opportunity to win millions every week. Mahzooz is dedicated to making people’s dreams come true and giving back to the community. BKM/ Expat Media