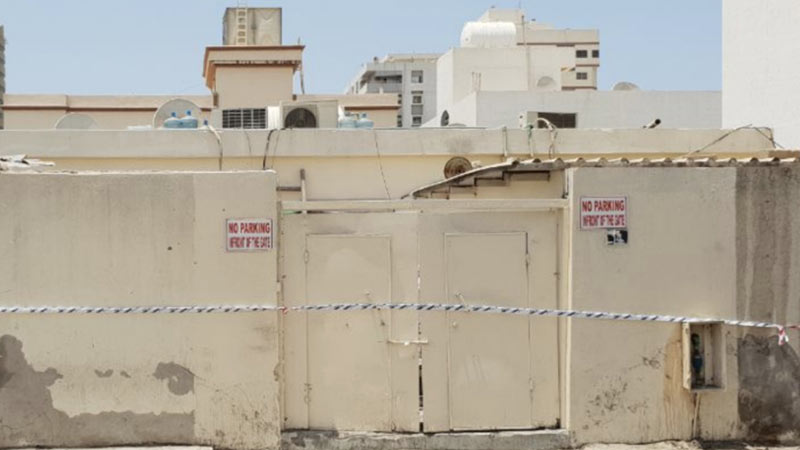 At the scene of the crime in Maysaloon, Sharjah.

DUBAI – An Indian man and his lover were given the death sentence in Sharjah for the premeditated murder of the man’s wife.

The Sharjah Criminal Court issued the verdict in absentia on Tuesday, after the family of the victim refused blood money over the 2018 incident.

The body of the Indian woman was found buried in the couple’s villa in Sharjah’s Maysaloon area. Sniffer dogs helped police trace her corpse.

The body was found with multiple stab wounds.

The incident came to light after the woman’s brother reported her missing on April 9, 2018. He was unable to contact her through her mobile phone, forcing him to travel to the UAE to search for her.

After getting a search warrant, the Sharjah Police were able to search the woman’s villa where they found her buried body.

It is believed that the husband killed his wife with the help of his lover, and they buried the body inside the villa before fleeing the UAE.

An Interpol arrest warrant is currently out for the duo, with the husband identified as the key suspect through his fingerprints and iris scan. ICA/Expat Media