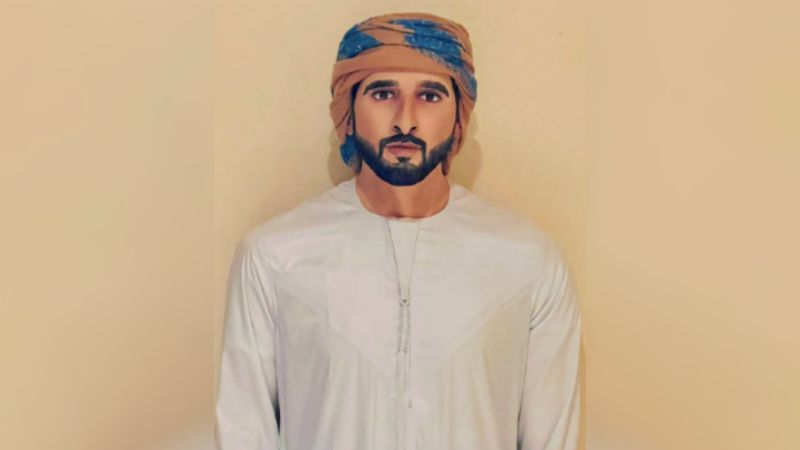 The artist hopes to present it as a gift to Dubai’s Crown Prince.

The sculpture, which measured 5 feet 8 inches tall and was constructed out of 120 kg of wax, was carved out by a 34-year-old Indian artist, Zakir Khan.

Khan, who lives in India, stated that the carving was inspired by his 8-year-old son Ayan, who a big fan of Sheikh Hamdan.

In December last year, Khan traveled to Dubai for several weeks and started to work on the statue in a small room he rented in the city.

After finishing his work in the city, he returned to India and spent some time with his family before making two more trips back to the town to complete the artwork.

“I came three times to Dubai on a visit visa to complete the statue. It took me more than 38 days to complete it,” said Khan.

In March, he completed the carving of the statue and was awarded a certificate from ‘World Records India’ for having created the first “Indian-made, hand-carved wax statue in a short span of time.”

Khan and his son traveled back to Dubai this month, intending to present the statue to Dubai’s Crown Prince.

“I have been tracking news about Sheikh Hamdan and have been watching his Instagram account and decided to come again to Dubai to post about the statue,” he said.

“He is a much-loved figure across the world. He always lives as an ordinary man. He likes adventures, cycling, and sports.

“He is an icon for youth and a source of inspiration.”

The artist has also posted a video of the unique creation, which his followers have viewed and shared. BKM/ Expat Media