Where to get new Dh5 and Dh10 banknotes in UAE 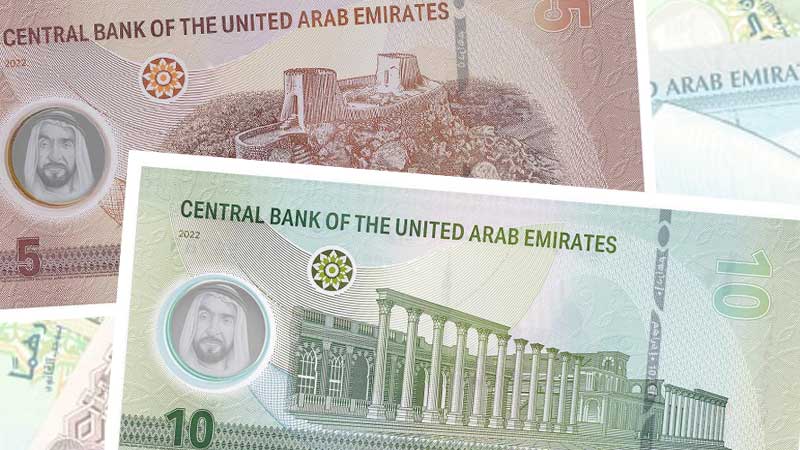 The new Dh5 and Dh10 banknotes in UAE.

Where to get new Dh5 and Dh10 banknotes in UAE

DUBAI – The new Dh5 and Dh10 banknotes are now in circulation in the UAE, but if you haven’t gotten your hands on them yet, don’t worry.

According to the Central Bank of the UAE, the new banknotes have been distributed to all banks operating in the UAE to increase their circulation in the country.

To promote public awareness about the new banknotes, the Central Bank has provided the new Dh5, Dh10 and Dh50 banknotes through participating banks’ ATM.

Emirates NBD, Abu Dhabi Commercial Bank (ADCB), First Abu Dhabi Bank (FAB) and Bank of Sharjah are among the national banks to programme their ATMs for the new denominations.

The new denominations have been replenished to dedicated ATMs from participating banks across the country.

The new polymer banknotes are the third issue of the national currency, and follow the success of the initial 50-dirham polymer note.

The CBUAE continued the approach of the third issue by combining aesthetic characteristics with modern technologies in the design.

The distinctive features of these two banknotes include a transparent window featuring a portrait of the late founding father, Sheikh Zayed bin Sultan Al Nahyan, and the logo of the UAE nation brand with fluorescent drawings and inscriptions created using advanced intaglio printing techniques.

In designing the new five dirham banknote, the CBUAE preserved the colour characteristics of the same denomination banknote currently in circulation to make it easy for the public to identify them.

The new ten dirham banknote has kept its green colour, similar to the Dh10 banknote currently in circulation.

Its front central face features an image of the Sheikh Zayed Grand Mosque, a religious, national and cultural iconic landmark, which has become a renowned global destination.

The centre reverse side contains an image of the Khorfakkan amphitheatre as one of the unique cultural landmarks in the Emirate of Sharjah.

The CBUAE used enhanced technical specifications and high-quality security features (both apparent and latent) in the new banknotes.

Prominent symbols in Braille to help blind and visually impaired consumers to identify the banknote’s value were added in the banknotes. ICA/Expat Media