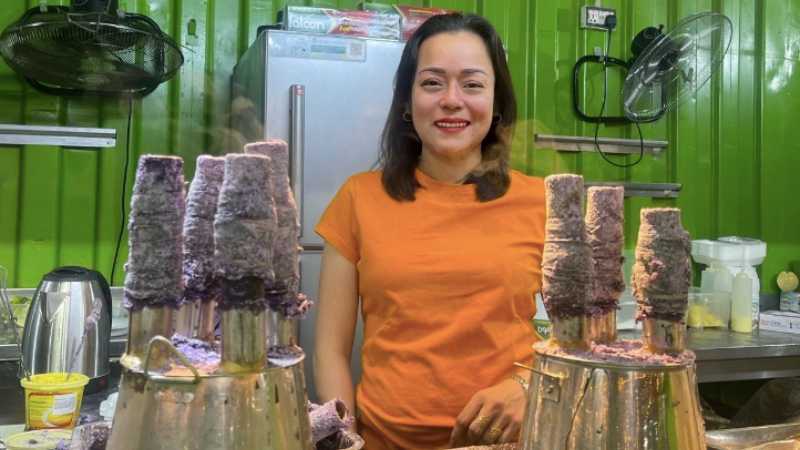 An Overseas Filipino worker (OFW) from Pampanga succeeds in Dubai after resigning from a good-paying job to start a puto bumbong and bibingka business.

Frel Jimenez Villaflor arrived in Dubai on a visit visa in 2006 and worked in the media and advertising industry for around 11 years, initially in sales and later as a production manager.

“I introduced puto bumbong and bibingka to Dubai in 2017,” claimed Frel Jimenez Villaflor.

Villaflor’s journey has been challenging. She first embarked on a coffee and donut kiosk that did not make much.

Villaflor’s kiosks are currently set up at the Rigga Night Market, which debuted in late September and will operate through May 31 next year. She shared that the business is doing well and now has regular customers.

Villaflor added that she plans to open a standalone restaurant for the puto bumbong, bibingka, and grilled seafood meals, as well as kwek-kwek when the Rigga Night Market closes.

Puto bumbong is a glutinous purple rice cake steamed in bamboo tubes and served on a fresh banana leaf for that additional mouth-watering aroma, with toppings like grated coconut and butter.

Bibingka, on the other hand, is a rice cake baked with charcoals and banana leaves over covered clay ovens and served with cheese, salted egg slices, and grated coconut. BKM/ Expat Media