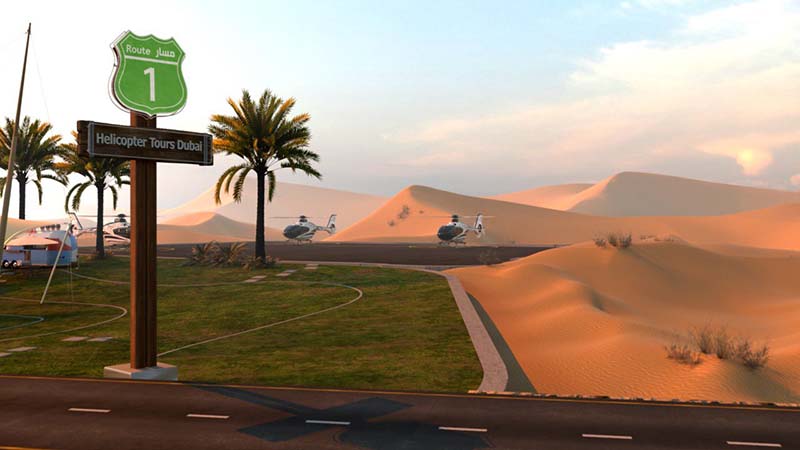 The ruler of Dubai has announced a new tourist spot in the emirate called Route 1, which features the beauty of the countryside and wilderness of Dubai.

“We have the most beautiful city in the world, and our next goal is to make the countryside and wilderness of Dubai among the most enjoyable and beautiful,” Sheikh Mohammed said.

Route 1 will have natural reserves, stations for desert sports, and development initiatives for residents in the countryside.

“A different and new tourism experience will be provided in the countryside and wilderness of Dubai,” Sheikh Mohammed said. He did not say when Route 1 will be opened to the public.