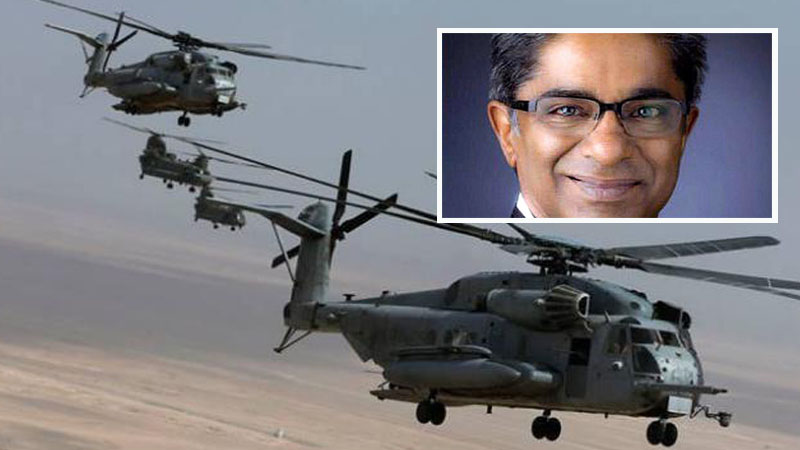 Rajiv Saxena (inset) is being investigated over a multi-million helicopter scandal in India.

DUBAI – A Dubai-based businessman has been extradited to India for allegedly using his companies to transfer illegal funds which were later used as bribe in a multi-million helicopter deal in India.

Rajiv Saxena is the second businessman to be handed over to Indian authorities in the last two months for allegedly bribing Indian politicians in a $500 million deal for 12 helicopters.

British businessman and Agusta consultant, Christian Michel, was extradited from Dubai to India in December last year for his alleged role in the deal.

Saxena’s lawyers said that police arrested Saxena at his Dubai home on Wednesday and was sent on a plane to New Delhi on the same day. Saxena has lived in Dubai since 1991.

A court in New Delhi on Thursday granted India’s Enforcement Directorate four days to question Saxena over the charges of involvement in connection to the Agusta Westland helicopter deal.

Central Bureau of Investigation judge, Arvind Kumar, said this will give officials the chance “to unearth the larger conspiracy and money trail.”