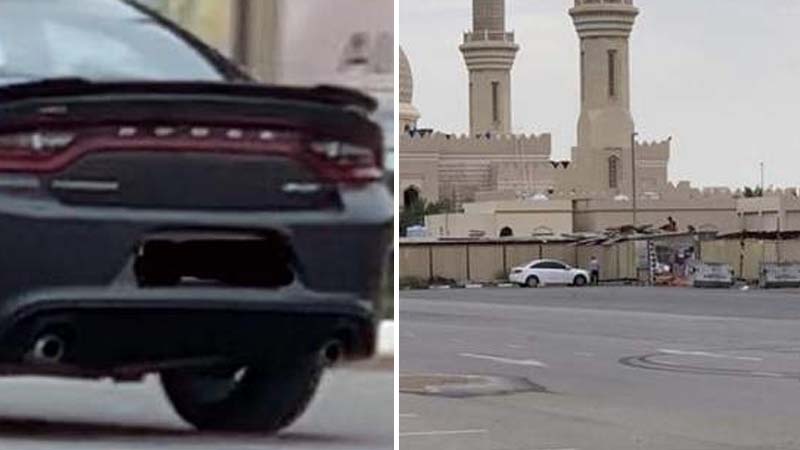 Skid marks (right) form on the road after a reckless driver performed stunts on a street in Ras Al Khaimah.

DUBAI – A reckless driver who sparked public panic as he performed dangerous stunts on Ras Al Khaimah roads has been arrested, according to the police.

The Ras Al Khaimah Police said that the suspect, 18, is a new driver who received his driver’s licence only six months ago.

He was caught performing stunts near a mosque in Ras Al Khaimah. Police said the suspect used his father’s car and then fled before police could arrive. He was arrested within two hours of the incident, police said.

“The careless driver, who was driving alone, spread panic around and scared all the road users nearby. He badly damaged the public property,” said Colonel Ahmad Al Sam Al Naqbi, director of Traffic and Patrols Department of the RAK Police.

The driver has been referred to the Ras Al Khaimah traffic prosecution for legal action.

Under the Federal Traffic Law, anyone caught committing dangerous driving will be fined Dh2,000 and given 23 black points. The errant motorist’s car will also be impounded for 60 days.

According to the RAK Police, 410 drivers were arrested last year for reckless driving and performing dangerous stunts.

The police urged the public to report traffic violators through the hotline 999 or 901. GAD/Expat Media