Djokovic to face Jaziri in Dubai tennis opening round 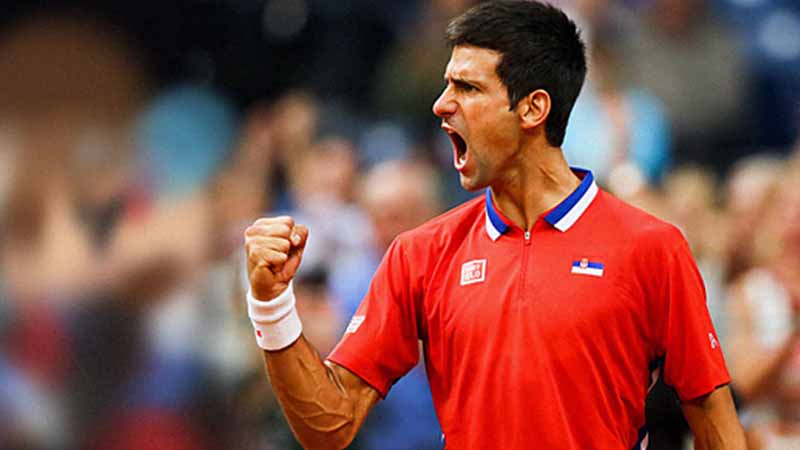 DUBAI – Novak Djokovic will face former semi-finalist Malek Jaziri in the first round of the Dubai Duty Free Tennis Championships.

In his most recent appearance in Dubai in 2018, the Tunisian swept all the way through to the final four, upsetting world number 4 Grigor Dimitrov in the 1st round, Robin Haase in the 2nd and the emerging Stefanos Tsitsipas in the quarter-final before losing to eventual champion Roberto Bautista Agut.

But the draw has rarely been kind to him, and in 2013 he had opened against world number 2 Roger Federer, in 2016 he met Djokovic in round two, and in 2017 he faced world number 1 Andy Murray in the 1st round.

Ironically, when he spoke immediately before the 2020 draw was made he said that he hoped for better luck this time and that he would not be pitted against one of the top players, and when his name was drawn to face the world number 1 he collapsed with laughter..

“Hopefully this year the draw will be good for me,” he had said in vain. “Usually I get seeded players, I’ve played Roger (Federer), Novak (Djokovic), Grigor (Dimitrov). So hopefully this year I’ll get the chance to compete more and get some good results here. I feel like I’m playing at home here, that run a couple years back and I’ve also made the quarters a couple of times, it’s perfect to be back competing here.”

Along with Jaziri, wild cards were awarded to Mohamed Safwat from Egypt and India’s Prajnesh Gunneswaran, and both are in Djokovic’s quarter of the draw, along with two qualifiers.

Earlier this month, Safwat became just the second Egyptian to win a Challenger title and the first since 1996, in Launceston, Australia. It was an incredibly emotional moment for the 29 year old, who had competed in an incredible 133 tournaments over 10 years without success, and it came just weeks after he had qualified for a Grand Slam for the first time at the Australian Open, where he didn’t drop a set in reaching the main draw. He will face veteran Philipp Kohlschreiber in the 1st round, with the winner to play Djokovic or Jaziri.

Gunneswaran also qualified for last month’s Australian Open, and last season had considerable success on the ATP Challenger circuit, reaching a final in China as well as three semi-finals. He will play a qualifier in the 1st round and could face seventh seed Karen Khachanov in the second. Khachanov’s first opponent will be Mikhail Kukushkin.

Second seed and 2019 finalist Stefanos Tsitsipas will play Pablo Carreno Busta in the first round and could face 2018 champion and fifth seed Roberto Bautista Agut in the quarter-finals. Bautista Agut opens against Jan-Lennard Struff.

Third seed Gael Monfils, who after winning back-to-back titles in Rotterdam and Montpellier spent last week supporting Elina Svitolina in the WTA event here, plays Marton Fucsovics and is in a quarter that could see him meet either of two fellow Frenchmen, Richard Gasquet or eighth seed Benoit Paire. Paire, though, has a challenging first round against former Grand Slam champion Marin Cilic.

Fourth seed Fabio Fognini will make his tournament debut against Dan Evans, who is at a career-high 31 after reaching three quarter-finals this year, and sixth seed Andrey Rublev opens his bid for the title against a qualifier.