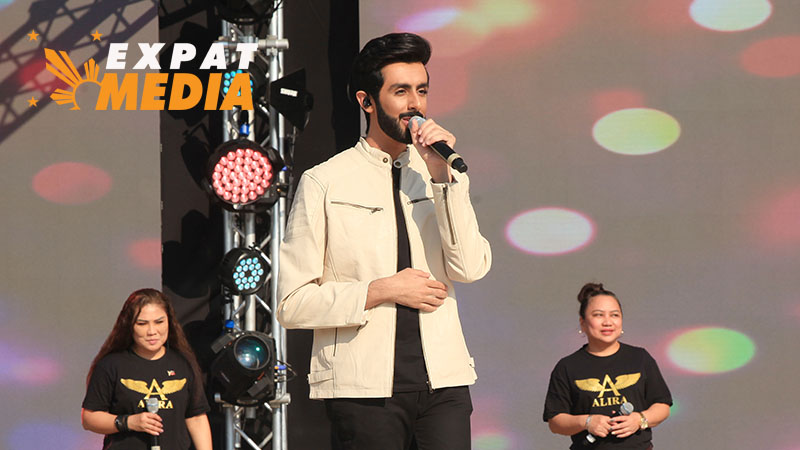 Emirati pop star Alira stunned the crowd anew at the Barrio Fiesta Dubai, the biggest pre-Christmas event of its kind at Zabeel Park during the UAE National Day weekend.

Though it was a scorching afternoon at Zabeel Park on Saturday (December 3), fans rushed towards the main stage as soon as the Emirati pop star sang Hinahanap-Hanap Kita.

It was another taste of his multi-lingual performance, with a popular love song to tickle Filipino fans. The full-bloodied Emirati has gone viral on social media for his impeccable performance of songs in Filipino, with one video on Expat Media alone getting more than two million views. Alira also sings in Japanese, Hindi and a slew of other languages, apart from his native Arabic.

Alira also sang his version of Go the Distance, sneaking in a whistle towards the big finale in his trademark countertenor voice.

The Emirati, who said he is happy to share events celebrating Filipinos in his home in the UAE, also paid tribute to Angeline Quinto, whose song, he said, introduced him to Filipino music.

Alira drew a rousing applause from fans as he closed his performance. Fans flocked to the Emirati for pictures as he stepped off stage, which he kindly allowed. (Watch this space for updates and check if you have been spotted by our Expat Media photographer).