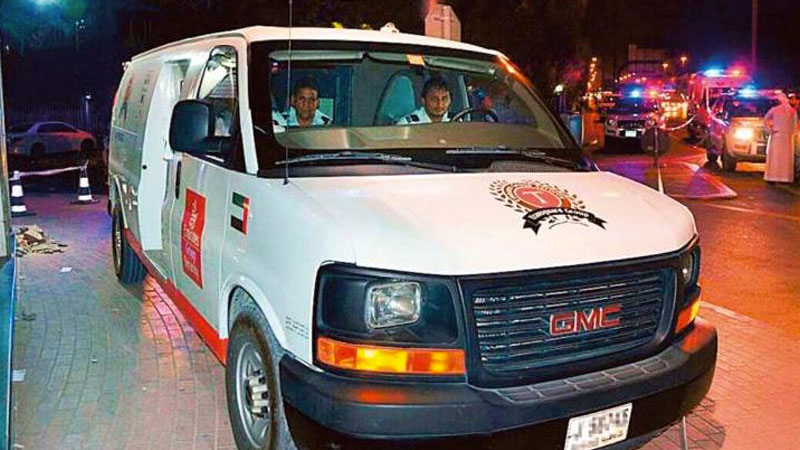 One of the vans that was attacked in December 2016.

DUBAI – Eight Nigerian men have been given the death sentence over a spate of armed robberies in Sharjah.

The Sharjah Criminal Court on Wednesday handed the capital punishment to the group for armed robbery and physical assault in three separate incidents in 2016.

During each incident, the men attacked the security guards of the vans used to transport money in the UAE. The suspects stole a total of Dh1.8 million. They were arrested in January 2017.

According to the Sharjah Police, about 20 suspects were initially arrested. Police said the group first attacked a van at the Dubai Commercial Bank ATM on King Abdul Aziz Street and stole Dh340,000.

Two days later, the gang attacked security van guards near an ATM in Al Safeer Mall in Al Nahda. They were able to rob the men of Dh700,000.

The robbers also took off with Dh710,000 during a third attack on a van near a cash machine in the Muweilah area.

They were arrested at a money exchange office on Sheikh Mohamed bin Zayed Road, near National Paints on the Dubai-Sharjah border, which they were also trying to rob.

Two policemen were injured in the encounter, but police were able to subdue the robbers and arrest them. Police were also able to recover some of the money stolen by the group.

Police then raided the group’s apartment where they found drugs.

A ninth suspect was sentenced to six months in prison on Wednesday for possessing stolen money. He will be deported after serving his jail term. GAD/Expat Media