6 killed, 19 hurt after bus rams into truck in Abu Dhabi 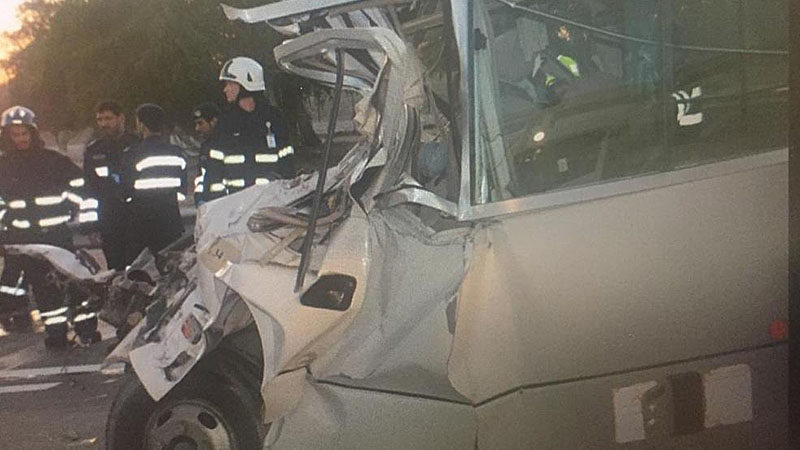 6 killed, 19 hurt after bus rams into truck in Abu Dhabi

DUBAI – Six people were killed and 19 others injured after a bus crashed into the back of a truck in Abu Dhabi on Thursday (January 16), police said.

The incident happened on Sheikh Zayed Bin Sultan Street, towards Dubai, at around 6:30am.

Police said that a “reckless” motorist cut in front of the truck, causing the truck driver to brake abruptly and resulting in the bus behind it to crash into the back of the vehicle.

The crash caused a partial shutdown of the road as police and rescuers worked to take the dead and injured to the hospital and remove the wreckage.