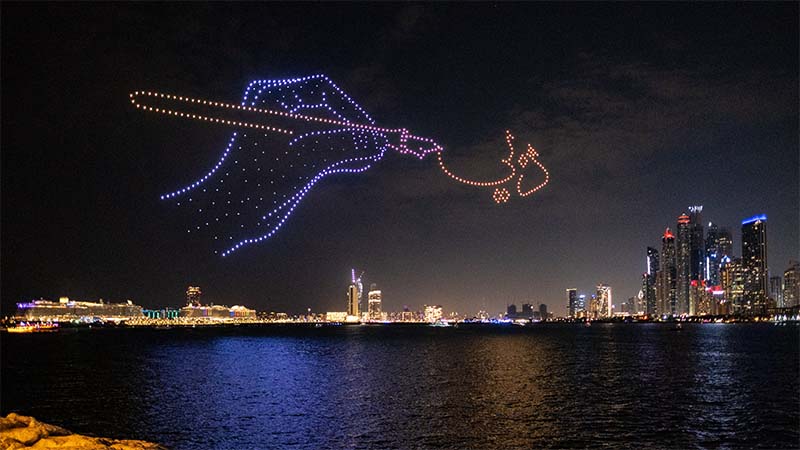 Hundreds of drones form the name of Dubai on the sky above The Beach.

A total of 500 drones will light up the skies above Bluewaters and The Beach in Dubai as part of the Dubai Shopping Festival (DSF) Drone Light Show.

The longest-running drone show made its comeback on December 25, but visitors can watch the live show for free every night until January 29. The drone show happens twice nightly.

In a breathtaking display, drones flew up the sky to write Dubai in Arabic. Photos of the display were shared by the Dubai Media Office.

“Enjoy 46 consecutive days of a high-tech production celebrating the Dubai Shopping Festival, with twice-nightly performances of two spectacular shows. Each show is free to attend although you might want to get there early to secure the best vantage points for you or your family and friends,” according to DSF. ICA/Expat Media