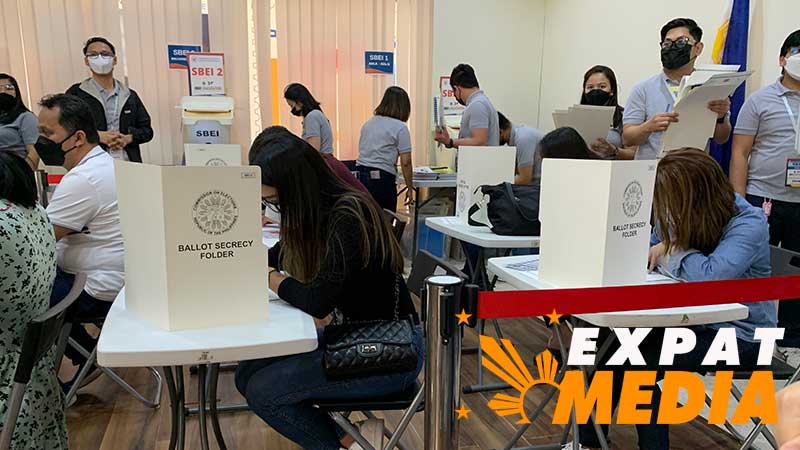 During the overseas vote at the Philippine Consulate General in Dubai.

DUBAI – A total of 60,393 overseas Filipinos cast their ballot at the Philippine Consulate General in Dubai during the 2022 Overseas Voting, the highest number of overseas voters in the Middle East since overseas absentee voting began in 2004.

The number accounts for a record 31.49 percent of the 191,000 registered voters in Dubai and northern emirates, which is also the highest number of registered overseas voters among Foreign Service posts all over the world, consulate officials said on Thursday (May 12).

Helping achieve this record, the consulate arranged for free bus services for voters from different emirates and also extended its voting hours, opening daily from April 10 to May 9.

“This record turnout is a testatment to the keenness of overseas Filipinos in Dubai and northern emirates to participate in the democratic process of election in the Philippine and make their voice heard in choosing which path our country should take in the next six years,” said Philippine Consul General Renato Dueñas Jr.

The 2022 Overseas Voting in Dubai was held at the premises of the Philippine Consulate in Dubai and the Philippine Overseas Labor Office Dubai from April 10 to May 9. Overseas Filipinos cast their vote for a president, vice president, 12 senators and a partylist group. Post-election proceeding were held immediately after the last voters cast their ballots at around 3pm on May 9. Proceedings ended on May 11. ICA/Expat Media