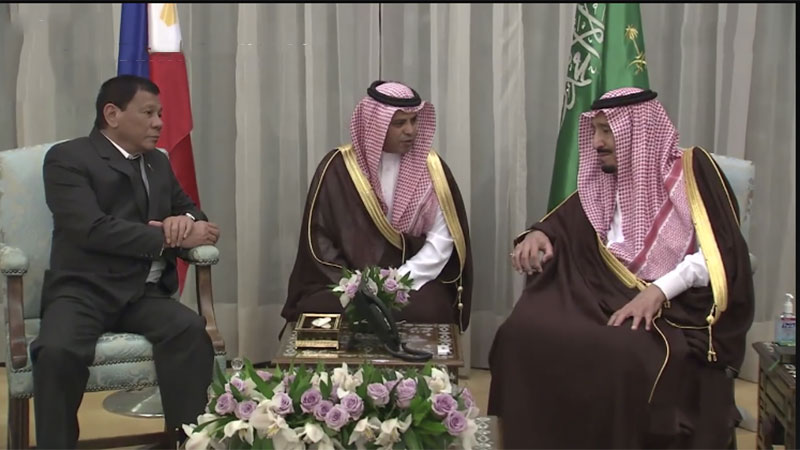 5 Thousand repatriated Filipino workers have not received their wages, according to workers’ group

MANILA – The issue of unpaid wages of Filipino workers is a priority issue that Philippine President Rodrigo Duterte will discuss with the Saudi Arabian royal and government officials during his two-day visit in the kingdom.

Florante Catanus, vice president of the All-Filipino Community and Sports Commission, said the issue is included in a petition that the umbrella group will present to Duterte today (Wednesday). The group is based in the eastern province of Saudi Arabia.


Duterte arrived in Riyadh on Monday evening (early Tuesday morning the Manila) – the first stop of three-nation tour of the Middle East. Duterte will also go to Bahrain and Qatar.

An economic crisis in the Gulf region had resulted in the layoff of Filipino workers hired by construction companies and forcing their repatriation to the Philippines. The workers have remained unpaid of their wages up to now.

“So many Filipinos were laid off. So they were sent home and they were not able to get money (the companies owed them),” according to Catanus, who claimed that the number of unpaid workers stands at 5,000.

The Saudi government has taken legal steps against the private companies on behalf of the unpaid Filipino and Asian employees so that they can get their wages even if the workers have returned to their home countries.