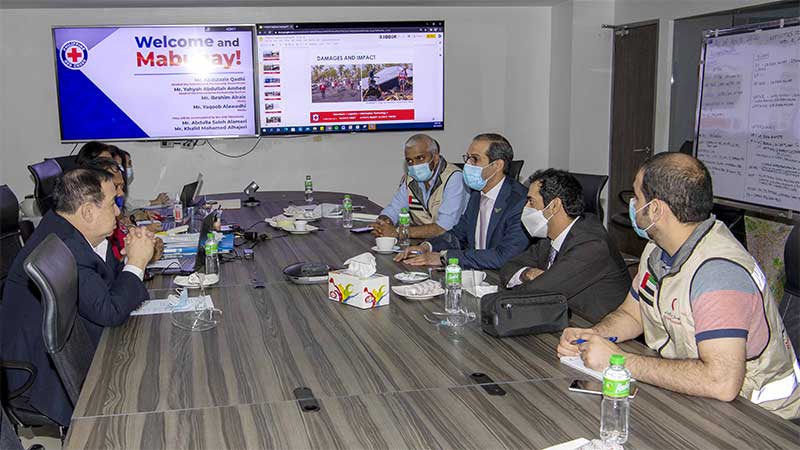 Emirates Red Crescent delegates met with staff from the UAE Embassy in Manila and the Philippine Red Cross, with its chairman Richard Gordon

DUBAI – The Emirates Red Crescent is distributing food and medical supplies in the Philippines after the country was battered by three storms, including Super Typhoon Goni.

The relief operation is being monitored by Sheikh Hamdan bin Zayed, the Ruler’s Representative in Al Dhafra and chairman of the Emirates Red Crescent.

An Emirates Red Crescent delegation in the Philippines, in coordination with the UAE Embassy in Manila and the Philippine Red Cross visited affected areas to give assistance.

The ERC delegation will continue to send urgent relief supplies to the most affected areas, despite the difficulties caused by damaged roads and infrastructure.

In Manila, the delegation met with Richard Gordon, Chairman of the Philippine Red Cross, in the presence of representatives of the UAE Embassy, to discuss ways of reinforcing their coordination in providing relief services to the affected.

Gordon said that nearly 1.6 million people were affected by the floods and other repercussions of the typhoon. MEM/WAM/Expat Media