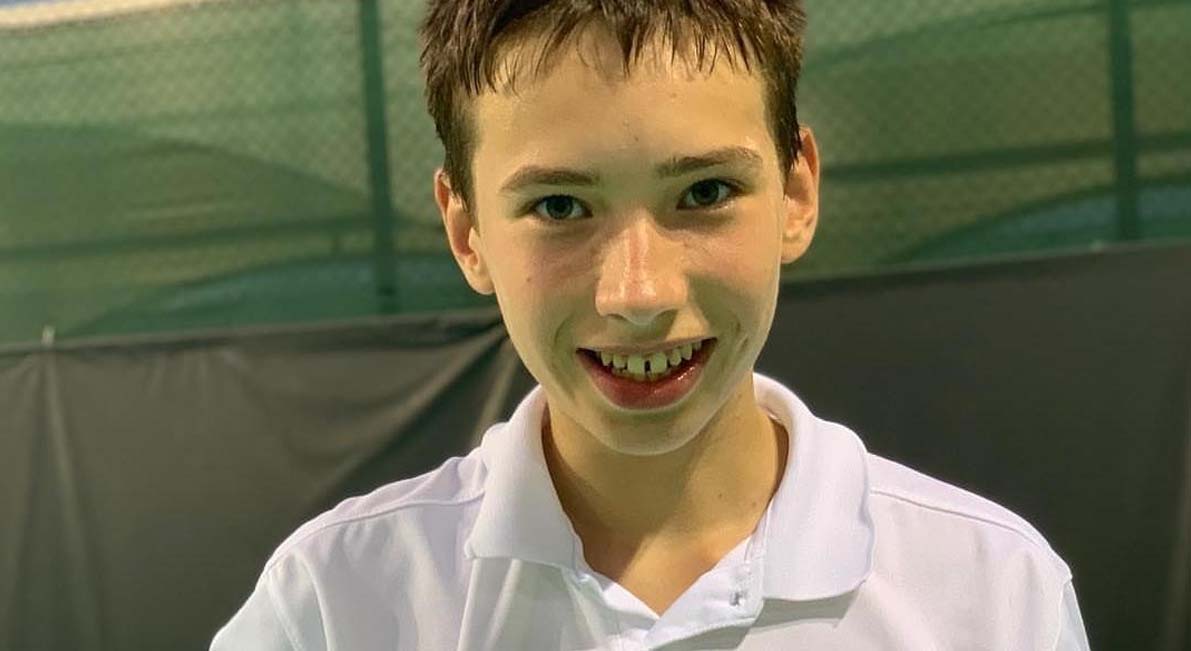 DUBAI – Maria Bytchkova’s face beams with pride whenever she talks about her son, Alexander.

The young athlete, 14, is looking forward to representing his adopted home as part of the UAE team in the Special Olympics World Games Abu Dhabi 2019.

Alexander is part of a four-person Goals UAE tennis team training for matches. His ability on the tennis court, his enthusiasm and passion to train with his two coaches caught the eye of officials at UAE Special Olympics who invited Alexander to be part of the national squad that will compete at the Special Olympics World Games Abu Dhabi 2019.

Alexander is thrilled to be chosen as one of the non-Emirati athletes who will represent the UAE at next month’s global sporting and humanitarian event, said Maria.

However, Maria explains that just four years ago life was completely different for the autistic teenager.

The family, who hail from Russia but spent many years living in the UK, moved to Abu Dhabi in 2015.

Maria initially had difficulty finding a school in Abu Dhabi that could cater to Alexander’s needs. He struggled to adapt to a classroom environment, would feel lost in crowds of students and found it difficult to play sports.

Unable to find the right mainstream school for Alexander, Maria turned to iCademy Middle East, a specialist education provider that caters to students with learning disabilities.

“We really struggled to find a place to support Alexander’s needs and a mainstream education provider was not an option,” said Maria. “Enrolling him with iCademy has been a real turning point in his academic career.”

Recognizing the challenges, Maria was faced with and Alexander’s difficulties with a traditional classroom-based learning environment, iCademy developed and implemented a home-schooling solution that allows Alexander to receive an education from specially trained educators while also providing Maria with all the support she needs.

“I had no experience of home schooling before coming to Abu Dhabi,” said Maria. “But it has been fantastic, and it really is a winning formula. It gives us the flexibility to work at Alexander’s own pace – if biology needs to take 3 hours then we’ll spend 3 hours on it.

“Alexander has built his confidence, self-esteem and now believes he is capable of achieving his own success,” Maria says.

Alexander, whose favourite subjects are history and science, loves to learn new things each day and is something of a ‘walking encyclopedia’, explains Maria.

The teen has also found time to play his beloved tennis each day.

“We’re able to juggle academic development and training,” said Maria, who thanks GOALS UAE, an Abu Dhabi based initiative that specializes in giving youngsters with intellectual disabilities the chance to play individual and group sports.

“Goals UAE helped him to find confidence, provided safe and supportive surroundings,” said Maria. “Alexander tried several sports at Goals UAE but has been playing tennis for 3 years now. He trains every weekday for an hour.”

“The World Games are all about having a good time,” she said. “Alexander is happy to represent the UAE and it’s a way of giving back to the country that has given this family so much.

“It’s been great to see how the community has come together, lots of family friends, work colleagues are all now interested in Special Olympics. It allows Alexander to feel at ease with other people,” said Maria.

“We even have family flying over from Russia to come and watch Alexander at the World Games. There’s been an outpouring of interest.” GAD/Expat Media