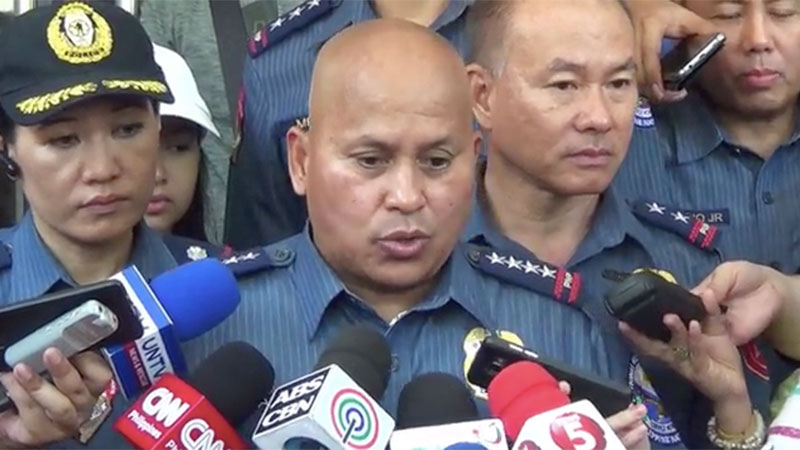 Dela Rosa said if it is confirmed that the armed men are indeed Abu Sayyaf members, it will be the extremist group's first attempt to carry out kidnap-for-ransom activities in the central Philippines.

Encounter happens a few days after US, Britain and Australia had warned its citizens not to travel to central Philippines over kidnap threats

MANILA – Nine people were killed in a clash between suspected members of the extremist group Abu Sayyaf and government forces in the island province of Bohol in central Philippines yesterday.

It was the first time that alleged Abu Sayyaf members were sighted in the central Philippine region of the Visayas, which is a far from western Mindanao and in Basilan island – places where the rebels are based.

The clash in the town of Inabanga in Bohol also came just a few days after the US, Australian and British embassies each issued a travel warning to their citizens that terrorists or extremist groups might carry out kidnappings in the Visayas.

Of the nine fatalities, five were alleged members of the Abu Sayyaf, three were soldiers and one was a policeman, said a joint statement from Chief Supt. Noli Taliño, head of the Police Regional Office (PRO) in Central Visayas, and Lt. Gen. Oscar Lactao, chief of the military’s Central Command.


According to Philippine National Police (PNP) Chief Ronald dela Rosa, said soldiers and policemen battled with the Muslim rebels early Tuesday in Inabanga, where the gunmen had arrived aboard three speedboats.

Inabanga is a town located 71 kilometers northwest of the provincial capital of Tagbilaran. The coastal town faces Cebu province.

Inabanga Mayor Josephine Jumamoy said after the bandits landed on a secluded beach, they traversed a river towards Napo barangay. Barangay residents then reported the presence of armed men in their area, prompting the police office to send policemen and soldiers to the area.

The bandits sought refuge in three houses and the clash between the rebels and government forces lasted several hours – from 5:20 a.m. yesterday until late yesterday afternoon.

Bombs were dropped by military planes in the immediate area of the three houses, forcing the bandits to surrender.

Dela Rosa said if it is confirmed that the armed men are indeed Abu Sayyaf members, it will be the extremist group’s first attempt to carry out kidnap-for-ransom activities in the central Philippines.

Prior to the clash, the US Embassy warned Americans in the Philippines against traveling to central Philippines following reports that rebel groups might carry out kidnappings of foreigners in the region.

The same warning was echoed by the Australian and British embassies for their respective citizens.

Dela Rosa cannot say if the rebel groups mentioned in the advisories were the bandits that the government clashed with in Inabanga but he confirmed a threat to kidnap tourists in Central Visayas.

He assured that the PNP has taken steps to protect tourists traveling to and those who already are in the region.