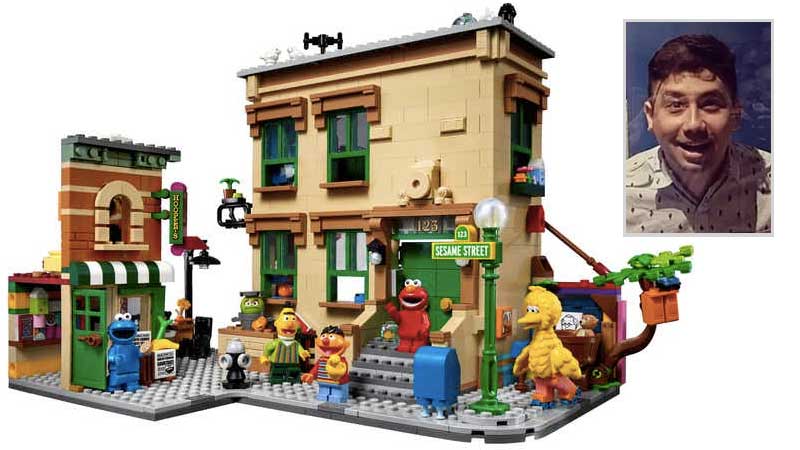 MANILA – A Sesame Street LEGO set that will be sold worldwide is the design of a Filipino fan who turned his favorite childhood characters into a playset for the global toymaker.

Ivan Guerrero’s Sesame Street LEGO set will hit the shelves of LEGO stores around the world on November 1, three years after he submitted his design to LEGO Ideas.

In the Philippines, the first 100 boxes sold at LEGO Certified Store PH will be autographed by Guerrero.

Guerrero is the second Filipino to design for LEGO, after software engineer Leandro Tayag got his Voltron LEGO set approved in 2017.

Guerrero, a commercial director, said he grew up watching Sesame Street. He credits the show for teaching him the alphabet and numbers.

“As a long-time fan of the LEGO Group and Sesame Street, it has been a dream come true to be able to merge my two passions into a memorable set for fellow builders to enjoy,” Guerrero said in a statement.

“LEGO bricks and Sesame Street shaped both my childhood and adult years, and the opportunity to work with the LEGO Ideas team to bring this quintessential New York street to life has been thrilling,” he added. CAM/Expat Media