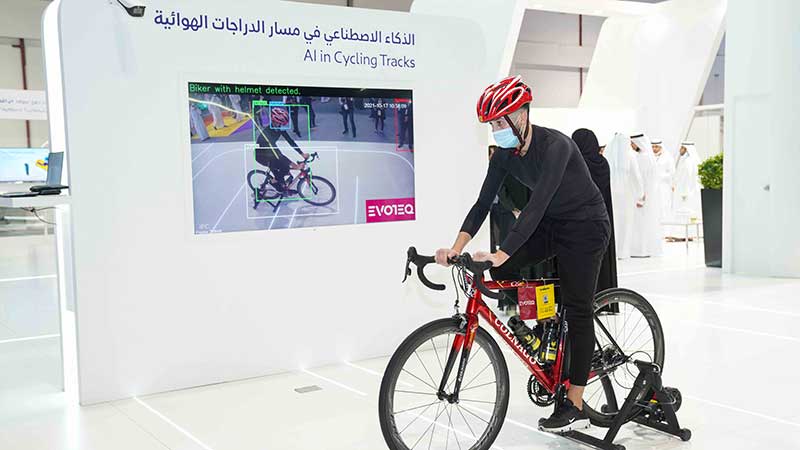 A demonstration of the Smart Cycling Track.

The RTA is set to host a live demonstration of the Smart Cycling Track concept at the Gitex Technology week.

“Data gathered by this high-tech, AI-enabled platform will be leveraged to detect cyclists, joyriders, including joggers, and scooter riders, on the track and determine the current track occupancy. The smart solution also identifies the speed at which the cyclists are traveling and detects if they are wearing a helmet,” said Mohammed Yousuf Al Mudharreb, CEO of RTA’s Corporate Technology Support Services Sector.

Al Mudharreb added that the system can also “predict and prevent critical cycling incidents like crowded tracks and accidents, and alert authorities of increased risk conditions based on the collected data.”

The first phase of the Smart Cycling Track was implemented at the Nad al Sheba cycling track in Dubai.

“As a following step, we’ve developed an extended project roadmap for the complete track journey for cyclists, which aims to improve their safety and experience,” he added. ICA/Expat Media